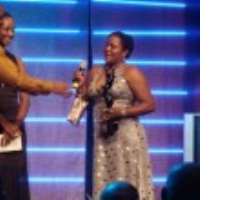 JollofNews - Gambia is among three locations to host the screening of this year's edition of the African Movie Academy Award (AMAA), according to report by Nigeria's Vanguard Entertainment.

According to the organizers, camps in Gambia and the Nigerian city of Lagos, which commenced screening since January 6, are already hosting pre-selection of entries. The third location, Ghana, the report added, will host the College of Screeners, described as the last leg of the screening process before the Academy's jurors take decision on nominees and eventual winners in the various categories of the continental contest.

Gambia is increasingly becoming popular among film makers, mainly from Nigeria. The underdeveloped nature of the country's film industry means that there are abundant unseen parts of its environment that can make a great change in screens that are popular with movies influenced by African stories.

AMAA is widely considered as Africa's version of Oscar in the United States. And like its US equivalent, AMAA is held annually to recognize and encourage excellence in the African film industry. Awardees come from directors, actors, as well as writers.

The awards ceremony is also considered by its organizers as a vehicle for regional integration.

A total of 220 films have been received as entries for the 2011 edition, the Vanguard report cited a statement from AMAA's Director of Administration, Tony Anih., who added that 120 out of these are feature films.

The college of Screeners, which is headed by Film Critic and Journalist, Shuaib Hussein, draws it members from Cameroun, Zimbabwe, Nigeria and other Africa countries. The organizers say the diversity in membership of the college of screeners is geared towards making other countries familiar with what the screening process of AMAA entails.

Entries were received from over 24 countries, including Senegal, Sudan, Tanzania, Chad, Mozambique and Congo, according to the awards director. “What this then means is that AMAA is spreading with its philosophy,” Anih was quoted saying.
Nomination show and concert scheduled to hold in Nairobi, Kenya in February 25th and 26th will precede the award proper, which will hold in March in Nigeria, the Vanguard Entertainment said.