AMCON SHAREHOLDING IN BANKS, IN WHOSE INTEREST? 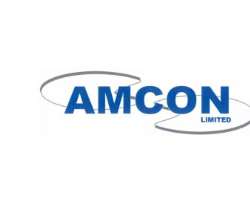 Asset Management Corporation of Nigeria (AMCON) set up by the CBN will take up shareholding in banks from which they purchased bad debt especially the troubled banks. This has further raised fears in the financial sector, some bank Managing Directors and shareholders, that AMCON may become a smokescreen for those who want to buy into these banks.

This twist is also contrary to the position held by the CBN in which it said government is not interested in nationalising the rescued banks.

The purpose of AMCON as far as the CBN is concerned is the resolution/recapitalisation vehicle to: acquire non-performing loans from the banks and receive the underlying collateral, fill the remaining capital deficiencies and receive equity and/or preferred shares in the banks that did not pass the audit test; facilitate Merger and Acquisition transactions and strategic partnerships.

For the larger economy, the overriding purpose of AMCON is clearly to return confidence to the banking system. As at the moment, instead of confidence-building, the so many unresolved issues in the operation of the company, doubts and lack of trust is the reality in the market place.

AMCON has said that it has approved purchases of non-performing loans totalling N2.5 trillion and has actually purchased N1.3 trillion from the banks and planned to buy another N1. 2 trillion soon.

Speaking to journalists in an interactive session in Lagos recently, the Group Managing Director of Union Bank, Mrs Funke Osibodu said that in the second phase of bad debt buy of AMCON, it will take the debt as shares depending on what is in the books of the banks.

This position was confirmed by CBN Deputy Governor, Financial Sector Surveillance, Mr. Kingsley Moghalu. Fielding questions from journalists at the signing of memorandum of understanding for the establishment of the Banking Sector Resolution Cost Sinking Fund in Lagos, he said: 'AMCON is also a recapitalisation vehicle and can help the banks recapitalise by injecting fresh  fund into them in exchange for shares. It has not done this but it is one of the things it can do'.

Mrs Osibodu said the first intervention of AMCON in which about N1.3 trillion of bad debt in banks were purchased is being reconciled with the various banks and that the banks and AMCON will ascertain how much more is required to reduce the erosion in the banks' capital.

She stated that after the reconciliation, whatever is needed to bring the rescued banks to zero capital position out of their current negative position will be offered to AMCON as shareholding. The questions being asked are many, some of which include: Is AMCON trying to nationalise the banks or resuscitate them?  Has the CBN factored in the risk of judicial reversal of decisions taken by it and how these reversals may bring the operations of AMCON to a halt mid-stream? Will AMCON outsource the collection aspect of its operations and if so, will it appoint joint venture partners/administrators with experience in managing specific asset types that have 'junk' status?

What is the basis of assessment of AMCON's performance by the CBN in quantitative terms? How will AMCON handle conflicts of interest between creditors with different priority rights? Is there a reliable public registry in Nigeria for interests in tangible personal property? Is AMCON the only way out of Nigeria's banking crisis? Does AMCON plan to self-perpetuate itself by taking on fresh toxic assets that may arise in the banking system during its ten-year life span? If AMCON intends to enter into a profit & loss sharing formula with the banks, what is the final decision on the ratio to be applied?

According to a recent report on banks in Nigeria by Citi Group research unit 'AMCON is certainly not a silver bullet. While the $17 billion budget of the Asset Management Corporation of Nigeria will begin to correct some of the capital imbalances in the system, it will not be sufficient to make the 10 banks that did not pass the audit test competitive. This suggests a significant equity dilution for current shareholders, which the market is not pricing in.

'AMCON's approval to buy up to N2.5 trillion of non-performing loans from the entire banking sector will benefit all the banks, no doubt. While the affected banks will benefit more in absolute terms, given that they represented an estimated 77 per cent of December 2009 non-performing loans and the passed banks only 23 per cent, one should not forget that the affected banks had a capital shortfall of $10 billion. With regards to which banks should benefit the most from AMCON, we believe that the ranking of margin loan exposures (as at December 2009) provided below, gives a good outline - the higher, the greater the benefit'.

If AMCON were to convert all the margin loans in the banks into preference shareholding, it will have in the 14 banks that pass the audit test an estimated shares in Ecobank Nigeria N242 billion, Skye Bank N144 billion, UBA N42 billion, Zenith Bank N135 billion, FCMB N51 billion, Diamond Bank N89 billion, First Bank N108 billion, Access Bank N91 billion, GTB N10 billion, Fidelity Bank N94 billion, Stanbic IBTC N13 billion, Sterling Bank N73 billion. This would have meant that all the banks have been taken over by government.

According to Citibank: 'AMCON certainly  is not the final solution for the affected banks. Although AMCON will assist the affected banks in their recapitalisation, in our view, it will not be sufficient to make them competitive, even if N1.5 trillion were injected solely into the affected banks through asset purchases. As shown below, we would estimate that this group of banks would need a further N1,096 billion of fresh equity capital to be competitive. By being competitive is for them to return their equity-to-asset ratios back to 11 per cent.

'By effectively cleaning the back book of the affected banks, AMCON opens the door to their potential consolidation. However, we would note that Nigeria is a buyer's market and these deals will be priced to reflect the execution risks of these combinations. On where the buyers are likely to come from, we expect the bulk of them to be domestic banks. In our opinion, the most likely buyers may be the banks that are capital rich with limited distribution networks'.

Thaddeus Investment Advisors in their report early in the month said: 'It is interesting to point out that Stanbic IBTC Bank is the only listed bank to decline participation in the purchase of its non-performing loans by AMCON.  The opting out of participating in the AMCON deal appears to have sent the right signal to investors. The interest in Nigerian banks at this time is largely from expectations of a quick and drastic turnaround in the banks' financial performance preempting a bull run and not fundamental undervaluation across the board. .

Ever wondered why an agreement was signed by participating banks with AMCON just in the nick of time before the year 2010 was over?  The answer is not far_fetched. The inter_relationship between AMCON, Nigerian banks and the Nigerian Stock Market is far from superficial. Not surprising to us that the three non-Nigerian owned banks stayed away from the AMCON deal.'

The plan for AMCON to take up shares in banks has heightened the suspicion that those who want to take over these banks especially Union Bank, where there is no single investor owning up to five per cent of the bank shares, will use AMCON as a smokescreen to achieve their goals. It is therefore pertinent for AMCON to spell out the mode and ways these shares will be disposed of transparently at the end of its operation.

Anything short of this is to confirm the fears that AMCON was set up to dispossess some Nigerians of what they laboured to build by use of political power. Nigerians are waiting to see how AMCON will eventually dispose of these shares it will take up in the banks.