Defend yourselves, Christians in the North told 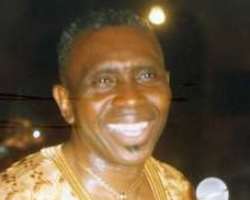 Apparently peeved by the killing of a Deeper Life Christian Church pastor and three of his neighbours in a renewed sectarian killings in Maiduguri, the Borno State capital, National President of the Christian Association of Nigeria (CAN), Pastor Ayo Oritsejafor and the President, Uma Ukpai Evangelistic Organisation, Rev. Uma Ukpai have called on Christians in the region to resist the temptation not to fight back.

However, the clerics advised the embattled Christians in the region to use whatever means available to them to defend themselves.

It was learnt that Brother Michael Medugu, a district pastor in charge of the Hausa church was killed by a gang of four fundamentalists in his pharmaceutical shop while dispensing drugs to customer at about 7.05 p.m. on Tuesday leaving his wife and seven children to mourn him.

According to the reports, Megudu had just returned to his shop after the day's leadership meeting in his church, where his Senior Pastor, Ama Awokoya, called on Christians to intensify their prayers for peace in the region, asking 'must they bring dead bodies to the church before we intensify prayers?' How prophetic that turned out to be, as a few minutes later, Awokoya was confronted with the news of the death of the Pastor-in-charge of the Hausa church and three of his neighbours including Obinna, Mr. James and one Baba Joy at dusk same day by a gang of four who came in on foot and later escaped into thin air.

Responding to the brutal killing, the two frontline clerics said that the incessant, mindless killings may have been sponsored by enemies of the Goodluck Jonathan administration who are determined to make him look unpopular.

Oritsejafor, in a telephone interview from Rome said the attacks 'without any doubt are part of the grand design by enemies of the president who want to give the impression that the man is ineffective.'

He therefore called on Christians in that part of the country to rise up to defend themselves whenever they come under attack from the mindless fundamentalists, stressing 'it really does not make any sense for a peace-loving Christian to watch his family members being slaughtered without doing anything to defend them. People are calling me from that part of the country, daily by (people who are disenchanted by the daily killings which had instilled fear in the minds of Christians in that region to the extent that some are now migrating from the region, because they believe that the government has not demonstrated enough commitment to defend the citizens.

'It is sad that some people have persistently laid siege bn the region in a deliberate attempt to exterminate every Christian in the area. For how long shall we continue like this? It is no longer acceptable in this civilized age, for human beings to kill fellow citizens in the name of fighting for God'

Also speaking, Evangelist Uma Ukpai, who was also in Rome for this year's Christian pilgrimage, said 'there would be no end to the religious crisis in the North unless the Christians in the area take it upon themselves to defend their lives and property. 'Do you know that whenever the perpetrators of the crisis were arrested they were released before without any form of trial,' he said, adding ' this thing has continued over the years and not one person has been prosecuted successfully.