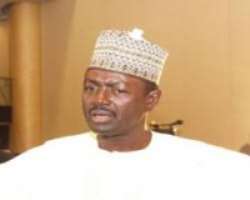 THE Federal Executive Council (FEC) resumed from its three-week recess yesterday, directing the Ministry of Power to explore the possibility of using coal to enhance power generation in the country.

The Council held its last session on December 23, 2010 before adjourning for three weeks to allow members participate in the Christmas and New Year festivities.

To diversify sources of electricity generation in the country, the Council, led by President Goodluck Jonathan, approved the award of contracts for consultancy service, feasibility studies, detailed engineering design and drafting of contract documents for the development and construction of a coal-fired power plant in Enugu axis.

Council also awarded other power generating contracts worth N4, 697, 392, 111.While the contract for the coal-fired power plant was awarded to Steag Encotec West Africa/IMC, GTA/WAPCOS got the nod to execute the Benue/Kogi/Gombe axis power project.

Minister of Information and Communications, Labaran Maku, alongside Minister of Works, Sanusi Daggash, Minister of State, Power, Nuhu Wya, and Minister of State Commerce, Josephine Tapgun, told reporters at the end of the meeting that one of the key goals of the government in the current development effort in the power sector was to boost electricity supply through the diversification of fuel mix.

Meanwhile, as industrial row over the planned privatisation of the Power Holding Company of Nigeria (PHCN) continues with workers rooting for the retention of the status quo, Special Adviser to the President on Power and Chairman, Presidential Task Force on Power, Prof. Barth Nnaji, has assured that the power reform would create job opportunities for the workers.

Nnaji, at an interactive section with civil society organisations in Lagos on Tuesday, said the tension over the fate of the workers was unfounded.

However, the Task Force and the civil society groups differed over the appropriate option that should have been used to pull the power sector out of the woods.

Participants also protested the lack of a role for civil society in the power roadmap launched by President Jonathan.

Director General, Bureau of Public Enterprises (BPE), Bolanle Onagoruwa, said at the Power Sector Investment Forum in Lagos on Monday that Nigerians could no longer wait to reliable power supply to rejuvenate the ailing economy.

But Nnaji was confident that outright privatisation was the best option in view of the fear that government could terminate concession asset against initial agreement, which often discourages required investments by concessioners.

He said the proposed deregulation would lead to massive investment boom in the sector with operating companies going public in future to enable Nigerians buy into the wealth-creating opportunities.

Under the arrangement, he said, the current ineptitude and corruption would be eradicated to pave way for a vibrant sector that will boost the economic fortune of the country and increase the prospect of achieving Vision 20:2020.

With the monthly income of  Power Holding Company of Nigerian (PHCN) currently stagnating at about N11 billion while salaries are at N9 billion, he observed that it was unwise for the government to continue to manage it.

Expression of interest in the PHCN is expected from February 18, with full bidding starting thereafter.

The Council also approved contract for the dualisation of the Lagos-Otta road as an addendum to three existing contracts. It would be handled by Messrs Julius Berger Plc in the sum of N10,627,577,047.26 with a completion period of 15 months.

Other approvals granted by the Council, Maku stated,  'include the ratification of the President anticipatory approval for the award of contract for the Engineering, procurement, construction and commissioning of 2×30/40MVA, 132/33KV substation at Malumfashi and 2 x 132KV line bays extension at Kankara substation in the sum of $4,388198.78 (N675,782,612.12) payable at the prevailing exchange rate at the time of payment.

Council also approved the President's anticipatory approval for the award of contract for the detailed Engineering Design and preparation of tender documents for the 40MW Itisi Multipurpose dam project; supply of 18 Gas Turbines in favour of General Electric, in the sum of $4,904,241.09; and contract for the consultancy services aspect of the establishment of the Model Skills Training Centre in Abuja.