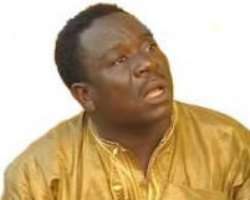 •Mr. Ibu
After nine agonizing days in captivity, the wife and one year-old son of embattled Nollywood star actor, John Okafor, famously known as Mr. Ibu, finally regained their freedom from the firm grip of kidnappers.

While breaking the good news to us, elated Ibu, disclosed that his wife and son were released by their abductors without any harm.

On whether ransom was paid to the kidnappers who first demanded for N50 million, before reducing it to N6 million, some days later, Ibu said that was immaterial.

'What I can happily tell you is that my loving wife and lovely one year old son were released to me on Thursday night safe and alive. I want to thank you and The Sun for all your efforts.'

When asked to comment on the role Enugu State government played in their release, Ibu, categorically stated that his home State did not play any vital role in securing the release of his wife and child. 'I thank God first for everything, but it was my own effort and that of few concerned friends of mine that made the release possible. My State government that I have done so much for abandoned me to my fate when I needed them most, but no hard feelings.'

They later released two of the children, a boy and girl, while holding on to the wife and her baby boy.

Meanwhile, several of Ibu's colleagues in Nollywood who spoke with us were full of thanks to God Almighty, for helping them avoid what would had been a major calamity for the industry in 2011.