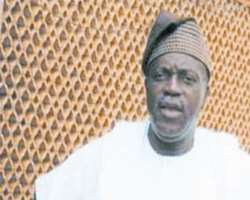 The Honourable Minister/Chairman, National Sports Commission, Professor Taoheed Adedoja has called on the Federal Ministry of Foreign Affairs to do all within its powers to unravel the truth on circumstances surrounding the death of former Nigerian international defender, Uchenna Okafor.

Okafor, who was a member of the national senior team for close to 10 years, was found dead in his home near Dallas, Texas, United States of America on Friday, January 7, 2011.

Professor Adedoja, who said the Management and Staff of the National Sports Commission remained puzzled by the circumstances of Okafor's death, also expressed confidence in the ability of the Federal Ministry of Foreign Affairs to unearth the truth.

Professor Taoheed Adedoja
'This young man was a true hero of Nigerian football, and everything must be done to thoroughly investigate the circumstances of his death', said Professor Adedoja.

Okafor, a member of Nigeria's victorious squad to the 1994 African Cup of Nations and member of the Super Eagles' team to the 1994 and 1998 FIFA World Cup finals, was found hung in an upstairs hallway shortly after dropping off his 15 -year old daughter in school.

Professor Adedoja commiserated with the family of the deceased former international player while praying that the Almighty God will grant them the fortitude to bear the loss. The Minister also assured that the National Sports Commission will be fully involved in the player's final burial rites.