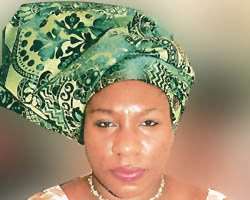 According to Professor Ali Mazrui, 'Political dynasties are families that have exerted disproportionate influence on the politics of their societies. If they are successful, they may produce more than one Head of State or Head of Government. But at the very minimum, political dynasties have produced political leaders in varied ranks of the political process.'

According to definitions, a dynasty is a succession of people belonging to the same family, who, through various means and forms, maintain power, influence or authority over the course of generations.

Though in elected governments, rule does not pass automatically by inheritance, political power often accrues to generations of related individuals, even in republics. Eminence, influence, familiarity, tradition, genetics, and in particular, corruption and nepotism may contribute to this phenomenon.

Notable political dynasties are scattered in various countries around the world like the Bush family in the United States, the Zulfikar Ali Bhutto family in Pakistan, the Odinga family of Kenya and the Kenyattas also of Kenya

In the South- Western part of Nigeria new political dynasties have started to spring up. Some of these new dynasties include:

Ogun State
Iyabode Obasanjo Bello:
A Veterinary Doctor is the daughter of former Presi dent Olusegun Obasanjo. The father was Head of State Commander in Chief of the Armed Forces between 1976 and 1979. He became Nigeria's President in 1999 and ruled for eight years. He is the Chairman of the Board of Trustees to date.

Iyabode Obasanjo Bello
Iyabo was appointed Commissioner for Health by Governor Olugbenga Daniel between 2003 and 2007 and became a Senator in 2007.

She contested and won her faction's Ogun Central Senatorial District ticket and won.

Omolola Abiola -Edewor:
Daughter of the late business Mongol and acclaimed winner of the June 12 1993 Presidential elections; Bashorun Moshood Kasimawo Olawale Abiola won the factional ticket of the Peoples Democratic Party [PDP] for the Ogun Central Senatorial District. Lola was a member of the Alliance for Democracy [AD] and was in the House of Representatives from Lagos State between 1999 and 2003. She later decamped to the PDP

Olalekan Yusau Abiola:
He is also the son of MKO Abiola. He contested the primaries of the Action Congress of Nigeria [ACN] for the House of Representatives seat in Obafemi Owode/Abeokuta North/Odeda Federal Constituency and lost. He contested from Abeokuta North.

In a recent development Olalekan was said to have dumped the ACN for the Congress of the Progressive Change, CPC, where he got a House of Representatives ticket for the April polls

Son of two time Governor of Ogun State, Chief Olusegun Osoba who was Governor between 1991 and 1993 before the Sanni Abacha coup and returned as Governor between 1999 and 2003. He is a National leader of the Action Congress. Olumide contested for the same seat with Jamiu Abiola from Obafemi Owode Local Government and won the ticket.

His father is one of the four traditional rulers in Egbaland. Although Oba Tejuoso was not a

politician but he was at the Abacha Constitutional Confrence.

Kayode is contesting for the Governorship ticket of his party; the Action Congress of Nigeria [ACN]. He is in the race with nine other aspirants

She will be contesting for a senatorial seat on the platform of the Peoples Democratic Party (PDP) in April this year.

She had served as personal assistant to the former President Olusegun Obasanjo  between 1999 and 2003.

Wife of the immediate past governor Bola Tinubu of Lagos State is gradually  making  strong impact in the political  equations  in Lagos State.

Tinubu  rose to the top of public service, especially when the cause is of the downtrodden and the underprivileged.

The Federal Government of Nigeria honoured Mrs. Tinubu with the Officer of the Order of the Niger, OON award.

Ayodeji Jakande
He is the son of the first Civilian Governor of Lagos State, Alhaji Lateef Kayode Jakande popularly called Baba kekere who  was elected governor of Lagos state in 1979-83. Series of awards and recognition had been given to Jakande based on his past achievements while in office.

He contested for a seat in the State House of Assembly in 2007 under Action Congress Party, AC, then but lost.

This may however underscore the reason why Action Congress of Nigeria ACN has decided to give him a ticket  this year.

The scion of Pa Jakade, will be contesting for a seat in the Federal House of Representatives, representing Shomolu Constituency on the platform of ACN.