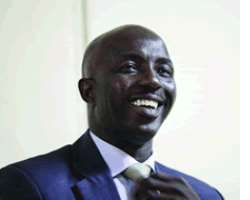 Siasia
Super Eagles' Coach, Samson Siasia, has invited 12 new Nigeria Premier League (NLP) stars for the next phase of preparation for the international friendly match against Guatemala in Miami, Florida, and the Green Bowl Soccer tournament in the United States of America (USA) next month.

Chief media officer of the Nigeria Football Federation (NFF), Ademola Olajire, reveals that the new players will join 15 others retained from the first phase after the weekend's league matches at the training camp in the Federal Capital, Abuja.

Siasia has equally dropped the same number of players from the original troop that started the programme at the FIFA Technical Centre on Monday.