Jonathan moves to reconcile with Atiku, IBB, other Northern Leaders 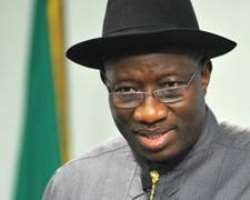 President Goodluck Jonathan is putting machineries in place to meet with former Vice president Atiku Abubakar, former president Ibrahim Babangida, top Northern Leaders and all aggrieved members of the Peoples Democratic Party in a bid aimed at cementing a common front for the April general elections.

This is even as he declared that there was no victor and no vanquished at the end of the PDP's primaries that produced his candidacy as the flag bearer of the party ahead of the presidential elections in April 2011.

President Jonathan defeated former Vice president Abubakar who was selected by the Northern Political Leaders led by former Finance Minister, Adamu Ciroma at the PDP Presidential primaries recently. The defeat was a big blow to the Northern leaders who are insisting that the North was yet to complete its tenure after the death of President Umaru Musa Yar'Adua based on the zoning agreement in the PDP.

Former President Ibrahim Babangida who echoed the group's position in an interview with pointblanknews.com had warned of a mass exodus of members from the PDP should President Jonathan insist on contesting the presidential election.

Babangida told Pointblanknews.com that the logical thing to do was to allow the North complete its eight years as agreed by the PDP instead of allowing President Jonathan to foist his ambition on the party.

After the convention, Alhaji Atiku Abubakar, said he is currently consulting with his supporters, associates, stakeholders and others over the presidential primary election of the Peoples Democratic Party (PDP, which he lost in the early hours of yesterday. The former vice president said that after receiving briefing from his agents at the national convention, he would make public his next line of action.

However, sensing a possible gang-up of Northern politicians against his candidacy and an imminent exodus of PDP members from the North, President Jonathan swiftly began a deft move aimed at reconciling with Northern members of the PDP and few others from the South who are aggrieved at his emergence as the party's Presidential flag bearer.

Sources hinted Pointblanknews.com that soon after the convention was over, former President Olusegun Obasanjo met with president Jonathan and a few other associates and members of the PDP on how to reconcile with Atiku, Babangida and other top northern leaders.


Sources privy to the meeting confirmed to pointblanknews.com that at the end of the brief meeting, President Jonathan called for a larger meeting which started today at the Presidential Villa, Abuja. The meeting, according to a source had several Governors loyal to the President in attendance as well as other top PDP members and reconciliation process was agreed to begin immediately.

Confirming the development ot Pointblanknews.com, Special Adviser to the President on Media and Publicity, Mr. Ima Niboro, told Pointblanknews.com that the president is desirous of reconciling with every aggrieved members of the party. He said President Jonathan considered his victory at the just concluded PDP convention as a “no victor, no vanquished.”

According to Niboro, “the process has already begun. The President is reaching out, aiming to heal wounds from the sometimes bruising campaign for the primaries.

He added “of course there will be series of meetings, and we hope that at the end of it all, we would have united everyone for the contest ahead. For us, there is no victor, no vanquished.”