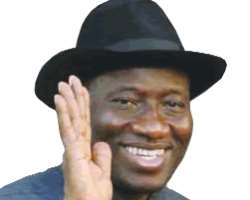 The development came even as Chairman of the Independent National Electoral Commission (INEC), Prof Attahiru Jega admitted to the few technical hiccups on the first day of the exercise.

Lagos
As early as 9am, most designated centres were besieged by enthusiastic voters who were itching to register to enable them vote in this year's general elections.

Sunday Sun which went round some centres in the country observed that the process was slow as the registration officers were obviously yet to master the operation of the Direct Data Capture machines (DDC).

In most centres visited, the registration officers interviewed complained that their machines were malfunctioning with many of the prospective voters losing their patience to wait endlessly to be registered. At various centres in Lagos, the complaints by the registration officers and prospective voters were virtually the same. They told Sunday that the printers of the DDC machines were not working properly and that the machines were not capturing the fingerprints of some voters.

At Ajamgbadi in Ojo Local government of Lagos, the story was not different as the registration officers were observed in various centres battling to understand the operation of the DDC machines.

Sunday Sun also learnt that materials for registration came very late to the area even though people enthusiastically trooped to various centres in the area to register before the centres become crowded. For the Egbeda area of the state, the situation was worse as materials for registration never came and was yet to commence around 4pm. It were the same complaints at Maza Maza, Oshodi, Ikeja and other areas of the state.

One of those who complained about the exercise was Itsekiri leader, Chief Rita Ogbebor Lori who said she could not register as INEC officials were not availablefor the exercise in his area.

Yenagoa
The situation in Bayelsa was not different but the INEC chairman, Prof Attahiru Jega who was in the state to register President Goodluck Jonathan and his wife, Patience admitted to the few technical hiccups on the first day of the exercise. Speaking at Otazu polling unit, ward 13, Otuoke, Ogbia local government area, where he personally registered President Jonathan, his wife, Patience and mother, he assured that the technical failures would be rectified.

Jega said he had taken note of the the challenges, particularly with the finger prints and scanning procedure, adding that Nigerians should also appreciate the magnitude of what INEC was doing in the country. Jega who dismissed statements that the exercise has failed, promised that all the complaints would be sorted out.

'There have been challenges of men and materials. We have complaints about the slow nature of the finger printing process. It is likely that the scanning needs to be adjusted, so that things are rectified to speed up the process. I will be honest with you, and frank. It is too early to talk about an extension of time for the voter registration. I don't think what we have seen calls for an extension.'

In Kolokuma/Opokuma, corps members were said to have protested non-payment of allowances and poor logistics delaying the exercise from taking off in record time.

Corps Members deployed for the exercise expressed disappointment at the inefficiency of the DDC Machines, thus leading to delays at most of the registration centers. Though no INEC official was available at the headquarters for comment, but the Commandant General of the Nigerian Security and Civil Defence Corps, Dr. Ade Abolurin who monitored the registration said it was not unexpected that there would be some hitches on the first day.

Benin
In Benin, Edo State capital, materials for the exercise and INEC officials came late to designated venues. Besides, there were also complaints of malfunctioning of the DDC machines even as registration materials were not available in some areas. At some of the registration units visited within the Benin metropolis, most of the people who had earlier thronged the venues went home disappointed as neither the DDC machines nor the INEC officials were seen.

It was however gathered that materials started arriving at about 2.00 pm when most of the people had already left for their various homes.

Imo
The exercise could not take off in Imo state following a protest by members of the National Youth Service Corps (NYSC) who besieged INEC head office along Port Harcourt expressway, Owerri over alleged injustice and malpractices . The corps members who were in their hundreds stormed INEC office to collect their materials for work to different locations but only discovered that names of some of the trained corps members were conspicuously missing and replaced with those who did not attend the three day mandatory training.

The corps members were also protesting over non-payment of their allowances owed them by the INEC during their training. Although, she was silent on the number of corp members arrested during the disturbances, the state governor , Chief Ikedi Ohakim confirmed to newsmen at the INEC headquarters, Owerri that some protesting Corp members are now cooling off at the police net.

Ohakim alleged that those arrested during the protest were not genuine Corp members but those who want to take advantage of the protest to unleash mayhem in the state. In a telephone chat, a Senior Advocate of Nigeria (SAN), Chief Mike Ahamba cautioned INEC to avoid a situation that would bring any conflict between the electoral body and those working for it.

When Sunday sun visited some registration centres at the state capital and its environs, there was a large turnout of voters waiting anxiously for the arrival of registration officials.

Kaduna
In Kaduna, the exercise showed significant signs of failure. When Sunday Sun monitored the exercise in most registration centres in Kaduna metropolis, as early as 8am, a good number of prospective voters were seen in queue obviously waiting for INEC officials to register them, but none of them showed up as at 3pm. Majority of the voters who trooped to some of the registration centres in Kaduna South and North returned home disappointed.

Consequently, the registration was unofficially shifted till today(Sunday) as the people waited in vain yesterday for the INEC officials.

Ogun
Frustrations trailed the voters' registration exercise in major towns and villages in Ogun State with each voter spending no fewer than 40 minutes for registration. However, residents turned out in their hundreds for the exercise which end on the 29th of this month with many canvassing extension for the exercise. It was frustration and angers for prospective registrants above the age of 60 as the DDC machines rejected the fingers prints of many of them in Ikenne.

It was a hectic time for the former governor of Ogun State, Aremo Olusegun Osoba, and the former Minister of Mines and Steel Development, Alhaji Sarafa Isola as they attempted to register at different points.

Isola said although hitches had trailed the exercise, there was hope that the challenges would ease within the next few days. Governor Gbenga Daniel who was registered at Ward 12, Isote, Sagamu urged Nigerians to begin the fight against election rigging by ensuring the success of the ongoing Voters registration exercise.