A Short History of Nollywood 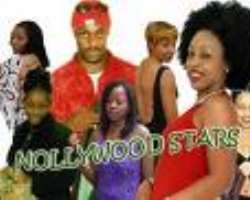 The first Nigerian films were made by filmmakers such as Ola Balogun and Hubert Ogunde in the 1960s, but they were frustrated by the high cost of film production.

However, television broadcasting in Nigeria began in the 1960s and received much government support in its early years. By the mid-1980s every state had its own broadcasting station. Law limited foreign television content so producers in Lagos began televising local popular theater productions. Many of these were circulated on video as well, and a small scale informal video movie trade developed. Nigerian film is thus a video movie industry; Nigerians call them 'home videos'.

There is some debate concerning what caused this small local market in videos to explode into a booming industry that has pushed foreign media off the shelves in much of Africa and is now marketed all over the world. Use of English rather than local languages served to expand the market. Aggressive marketing using posters, trailers, and television advertising also played a role in Nollywood's success.

Many point to the 1992 release of Living in Bondage, a film about a businessman whose dealings with a money cult result in the death of his wife, as the industry's first blockbuster. Since then, thousands of movies have been released. One of the first Nigerian movie to reach international fame was the 2003 release Osuofia In London, starring Nkem Owoh, the famous Nigerian comedic actor. Modern Nigerian cinema's most prolific auteur is Chico Ejiro, who directed over 80 films in a 5-year period and brags that he can complete production on a movie in as little as three days. Ejiro's brother Zeb is the best-known director of these videos outside of the country.

The first Nollywood films were produced with traditional analog video, such as Betacam SP, but today all Nollywood movies are produced using digital video technology. Only recently, Time magazine published an article rating the industry as the third-largest after USA's Hollywood and India's Bollywood.
Production

Nollywood has one studio, Studio Tinapa in Tinapa, Calabar. Most movies, however, are not produced in studios in the Hollywood style. Video movies are shot on location all over Nigeria with distinct regional variations between the northern movies (made primarily in the Hausa language), the western Yoruba-language movies, the Igbo movies shot in the southeast,(Benin City) Edo Language shot in Benin city and the popular English-language productions, also shot primarily in the southeast. Many of the big producers have offices in Surulere, Lagos. Shooting films in Nigeria is difficult.

Nigerian directors adopt new technologies as soon as they become affordable. Bulky videotape cameras gave way to their digital descendent's, which are now being replaced by HD cameras. Editing, music, and other post-production work is done with common computer-based systems. The Nigerian film industry is defiantly one to be respected and seems to have no signs of slowing.