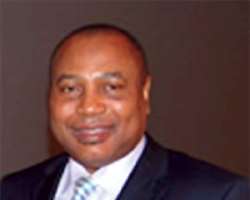 A media based Non Governmental organisation, the Joint Action Committee on ICT awareness and Development, JACITAD, at the weekend set a seven point agenda which it said would aid policy makers in the industry arrive at a better ICT year in 2011.

The group also challenged the Nigerian Communications Commission, NCC to continue in the tradition of stimulating growth in the telecom sector to ensure that Nigeria retains the big brother posture it has maintained in telecom regulatory affairs in Africa.

The group listed the seven point agenda as:
* The Government should improve Electricity: It is an obvious fact that despite all the efforts and reforms by the government in the last couple of years little success has been recorded in the power sector. A number of companies and industries are shrinking by the day, leaving in its stead loss of foreign direct investments (FDI); high rate of unemployment; low industrial capacity utilisation and inability to explore new technologies which is not the case in developed economies.

*   The Government should consider Broadband as Digital Right of the Citizen according to the prescriptions of the ITU. We all know today that broadband has become the livewire of any economy. And in any society where broadband is scarce or the cost is high as it is in Nigeria, no matter other natural resources that may be available in that society, they will still be groping in the dark.

NCC, EVC, Eugene Juwah
But thank God that today, apart from other rich natural and human resources available in this country, two high capacity submarine broadband initiatives have been launched commercially in Nigeria. We feel that all it takes is for the government of the day cash in on that to transform the economy.

To do that, we urge President Goodluck Jonathan to toe the line of the US President Barrack Obama by taking broadband penetration to the rural areas of the country and to every citizen. We wouldn't mind if he makes it his effort of delivering democracy dividends.

*The National Assembly should strive hard to equip themselves sufficiently with the knowledge of ICT practices both Africa terrain and around the world. We believe that any amount of money the lawmakers expend in doing this can never be a waste since  it will aid them in ensuring smooth debates and easy passage of ICT_related policies and laws and spare the country the disgrace of rancorous and uninformed arguments witnessed in recent times on bills, policies and laws that are ICT_related.

For instance, while other nations of the world are raving up activities with informed policies in place, Nigerian lawmakers are still on undecided on very important bills like anti_cyber crime bill, electronic evidence law, freedom of information bill and other similar bills.

*NITDA should walk the talk. The Nigerian information Technology Development Agency (NITDA) was established primarily to stimulate growth in the IT sector and harmonise activities that will ensure continuous development of IT practices in Nigeria. It is common knowledge that this agency was handicapped for a very long time owing to lack of funding, but having been given the force of law and attracted handsome funding for up to five years now, there is no excuse any more for NITDA in aggregating sectoral growth.

The issue of protecting and promoting indigenous software development should be a paramount mission to this agency considering that it has a mandate to arrest the brain drain and recover the brain gain accruable to the IT sector of the economy. At the recent World Summit of job demorgraphy in Beinjing, China, it was predicted by world economists that the software engineers and programmers of the future will not come from China, US or India, but from Nigeria and Pakistan.

*NITDA should plug on this prediction, to advocate that ICT certification is made part of the qualification requirements for graduating computer students in our federal universities. This would help appropriate authorities review universities curricular to reflect institutions ready to churn out industry_ready and skilled ICT professionals. As a matter of urgency NITDA should in this 2011 develop a workable template which IT stakeholders and advocacy groups like NCS, ITAN, ISPON, ISPAN, ATCON, ALTON and such others will plug into to generate desired growth and IT industry development in Nigeria.

*Telecom operators must improve quality of service. Even though we have seen some improvement in the quality of the service being delivered, there is a need to push it up further especially now with the arrival of two submarine broadband cables which we expect will generate more competition in voice and data services.

*The telecommunications industry regulator should rediscover its footprints: there is no gainsaying the fact that since the end of the tenure of former Executive Vice Chairman of the NCC, Engr Ernest Edukwe, in March 2010 and the appointment of the current one, a void has seemingly existed in the activities of the telecom regulator.

We could recall when other regulatory agencies in the West African countries like Gambia, Ghana, etc, would send their officials to come and understudy the activities of the Nigerian telecom regulator.

Those times are gone. This is not doing the industry any good. What we see in the NCC of today is a regulator that makes frequent international trips leaving very important domestic events that should stimulate growth unattended to.