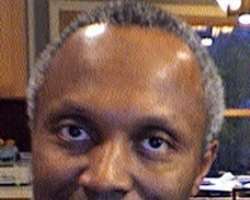 New Nigerian Politics: Due to constant criticism of his government and its policies that brought it much disrepute and opprobrium in the international community, especially, in light of the fraudulent elections that brought it to power in 2007, the late President Umaru Yar'Adua in mid 2008 budgeted $5 million to gag online journalists and operators of Nigerian news websites. Until his death, there was a standing order given to the SSS to arrest any of the journalists whose names have ended up on the offending list provided below. In line with this illegal directive two online journalists and publishers, Jonathan Elendu (elendureports) and Emeka Asiwe (huhuonline) were arrested and detained for weeks before being released after much public outcry. Clearly, Prof Okey Ndibe's weekend arrest by SSS was a result of his name appearing on this watch list which has now been made irrelevant by the Jonathan administration which believes that such criticisms deepen democracy.

According to a reliable source connected with the security apparatus of the country who spoke to New Nigerian Politics (after the professor's weekend arrest and his travel documents impounded) on grounds that his name not be put in print since he was not authorized to speak on the matter, he noted “in spite of the executive directive to discard the list, the information has not been updated in our computer systems, so theoretically, it is possible for others on the list to be picked up as well by the State Security Services should they attempt to visit Nigeria. The list is widely distributed to all land and air entry points in the country and the chances of these individuals slipping into Nigeria undetected are very slim to none.” When asked when the information will be updated in the computer system, our source responded, “your guess is as good as mine, let's hope it is done quickly before anyone else is embarassed.” According to this source, “the Yar'Adua presidency was very disturbed by these scathing reports and wanted it stopped through the systematic intimidation of these writers.”