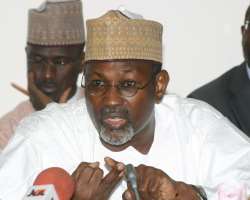 The Independent National Electoral Commission (INEC) requested and got the approval of the Minister of Education for all primary and secondary schools in the country to be closed for a month in order to use the premises of those schools as venues for voters' registration exercise. The Minister promptly issued an order to that effect without explaining the rationale behind the decision other than the request of INEC.

The order was received by Nigerians both within and outside the country with anger. They see this as a portrayal of government insensitivity to the development of this country. A month of academic work is a lot. The order will deny our children over ten per cent of the scheme for this year. The ministry should not have approved the request given the continuous deterioration of our children's performance at all levels. What we indeed expect is an extention of the academic year, not its contraction.

Many people have asked whether the closure is even necessary. Just how much space does INEC needs to accommodate a registration officer and his laptop? Does he need the whole 2 to 4 hectares of land that makes a school? Does he need all its dozens of classrooms? Would he require thousands of its chairs and desks? Does he need dozens of teachers to stay idle before he can carry out his job? How many people can he handle at a time to warrant so much space? Are schools the only spaces in our towns and villages? These are simple questions which we parents are asking on behalf of our children. We need an answer from our big bro, Jega.

Mentioning Jega makes the whole thing an irony. He is a professor, a former union leader, former vice chancellor and a very popular person. The Minister too is a professor and a mother. Both of them are from areas where education deserves the greatest attention. How could these academics fail to uphold the sanctity of learning above politics? Above the two is another academic, the President, Dr. Goodlluck Jonathan. If this directive were given by a military leader like Buhari in the 1980s, we would have a 'kongi' ascribing it to the insensitivity of military dictatorship. But what do we say now when three professors connive to deprive our poor children of a whole month of learning?

Someone had questioned the constitutionality of the order. Does the federal government have exclusive right over the academic calendar given that education is on the concurrent list? It was suggested on one of the yahoo groups that states should disregard the order. Of course none of them would do so with governors begging for a second term, with the need for campaing funds which can be sourced from the millions voted to feed boarding students, etc. Do the governors even care about schools as much as they care about their nominations?

Private and community schools managers are asking why the order must include them when their premises are not going to be used. Woud not government limit its insensitivity to its schools in which, in any case, little learning is taking place?

There are reports that the government has threatened to use force to ensure that all schools have complied, given the violation of the order by some schools in Lagos. One wonders to what extent our government can go to ensure that the wrong thing is done when it remains complacent on serious security challenges.

With this, do we wonder why recent Nigerian certificates suffer from crisis of recognition in some countries?

We hope INEC will not request for another closure during the general elections when more space will be required.

Jega needs to explain to Nigerians why the order is necessary. Jonathan is too busy with how he can win the PDP ticket and counting the billions accruing to him from the coffers of state government. We grant him a leave. The Minister said she simply approved a request. The talking therefore must be done by Jega who made the request. As his staff go to the field for the registration, we hope he will come forward and tell our children why he is keeping them and their teachers idle at home.