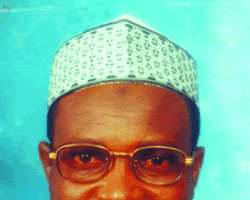 Former speaker of the Federal House of Representatives, Alhaji Ghali Umar Na'Abba, yesterday in Kano made a last minute withdrawal from the rerun primaries for Kano Central Senatorial Zone.

Alhaji Ghali might have decided to back out of the race after it was evident that the delegates had settled for his rival as their choice, said a source. The ticket eventually went to another aspirant, Alhaji Basher Lado Garba .

Briefing the press on the outcome of the primaries to the Federal House of Representatives and the Senate seats in the state, Chairman, National Assembly Electoral Panel, Kano State, Senator Adeseye Ogunlewe confirmed that Ghali wrote to his panel to announce his withdrawal from the race in which he cited personal reasons as his excuse.

The Daily Sun investigations showed that prior to the rerun polls, the primaries for the senatorial ticket of the party in the zone was keen and was eventually declared inconclusive after thugs and supporters of a yet to be identified aspirant, invaded the venue of the congress and disrupted the exercise.

Among the successful aspirants for the party's ticket for the Federal House of Representatives in Kano are Alhaji Farouk Lawan, Bashir Baballe, Alhaji Murtar Umar, Alhaji Aminu Suleiman Garo, Alhaji Muntari Ishaq Yakasai , Sadiq Wali and Mustafa Bala among others.

Senator Ogunlewe said they received a total of two petitions from two aspirants from Gwarzo and Bichi noting that one of them faulted the primaries on the grounds that elections were not held to choose the 12 ad hoc delegates in his constituency, while the other aspiants faulted the participants in the exercise.

He said already, the party's Election Appeal Panel had been constituted, adding that it was their responsibility to tackle the petitions of the aggrieved aspirants.