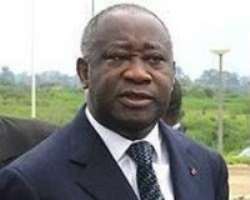 WEEKS after  the conclusion  of a free and fair election, followed by two  visits  by  high level ECOWAS  representatives, and  increasing pressure of  varying dimensions  by  the international community, Mr. Laurent Gbagbo, the defeated  candidate in the  November 28 presidential election  in Cote d'Ivoire continues to, in a  show of pig-headed intransigence,  defy both the popular will of  the  majority of the Ivorian electorate who,  last November  gave their  mandate to  President-elect Allasane Ouattara, and the  opinion of the rest of the world.

A second visit a few days ago by a five-person team of African  leaders dubbed  the Joint  African Union-ECOWAS Mission  to Cote d'Ivoire  failed to  persuade Mr. Gbagbo  to  step down : all they got from him, according to the communiquÃ© issued by the  mission in Abuja,  was a nebulous commitment to  'negotiate a peaceful end to the crisis  without any preconditions', and  a promise to lift the blockade  by his  troops, of the  temporary  headquarters  of the  government-in-waiting. On the first  point,  it  must be said  directly that  this sit-tight president  who has ruled  since 2000 and postponed  elections several times on the  pretext that  his country was  not stable  enough to elect its  leaders,  is merely playing for time.

And, he is doing so even if at a rising cost and further risk to the lives of his fellow citizens (including, of course, his supporters). Already,  tens of thousands of Ivoirians have fled to the neighbouring  country of Liberia as Gbagbo's  marauding  supporters, in collusion with sympathizers within the  security forces,  harass, threaten, and, according to some  reports  kill members of the opposition.  Besides, his refusal to relinquish power directly endangers the very fragile peace and stability of his country just coming out of a civil war. But, it appears from his posture, that this 'leader' cannot be bothered, what seems to matter most to him is  that he retains power. Mr. Gbagbo would rather rule in Hell than serve in Heaven. On the second, it needs be noted that 24 hours after Gbagbo made his pledge, he was yet to honour it which indeed indicates that he is not dealing in good faith with the mission, and Africa that they represent.

The Joint African Union-ECOWAS Mission  to Cote d'Ivoire suggested in its communiquÃ© that  the AU and ECOWAS  would 'dispatch  another  joint  high level  mission  to Cote d'Ivoire as soon as possible  to continue  the discussions with the two parties'. That the out-going president  is acting willfully, deliberately to subvert the popular will of the Ivorian electorate for selfish reasons ( whatever these are)  is obvious enough by the way he carries on: he proposed to the mission the common sense-defying idea that  a committee  be set up  to  verify electoral materials,  he  refused to pick calls from the U.S. president  Barack Obama ostensibly to discuss the crisis.

So, whereas  it would be  good indeed  that  this  Gbagbo-engineered  crisis  were resolved  by negotiation, if only for the sake of  the lives  and property of  the Ivorian people,  Mr. Gbagbo  must be  made to understand that the rest of the world can, and will  draw a line  on how long he can 'negotiate' his defiance of both his own country's rule of electoral law as upheld by the decision of the Independent Electoral  Commission, and  world opinion.

It is gratifying that the UN, the EU, and several countries have taken specific steps to deny Gbagbo recognition. Canada has terminated the  tenure of Gbagbo's envoy  and requested  the president-elect  to  name  a replacement,  the Central Bank of West Africa has reportedly replaced his signature right with Mr. Ouattara's.  It is to be noted that Gambia has opted to run against the current of global opinion in this matter. We think that when this matter is over, Nigeria-Gambian relations may need to be re-assessed.

The Gbagbo saga is a familiar and disheartening story of African election and politics. But Africa must begin to do things differently. Firstly, we fully agree with Mr. Ouattara that Gbagbo must, as a first step to negotiate his exit from power, accept the result of the presidential election. The AU member of the mission and Kenyan Prime Minister Oginga Odinga holds the same view. Second, and as Odinga has unequivocally said, 'the Kenyan solution (of power sharing) is not available in the Ivorian [case]. So, if this is what the Gbagbo side is scheming for, it had better forget it.

Third, since Mr. Gbagbo  has, by selfish choice, become at this time, 'the problem' in Cote d'Ivoire, may we remind him - if at all he needs to be - of the December 24  resolution  of the  ECOWAS heads of state  to, if  need be,  employ 'legitimate force', to force  him out of power. This has lately been restated by the ECOWAS Commission president, Mr. Victor Gbeho. Now, if  Gbagbo forces the military option on  the Community,  a broad based support  must be mustered for the  assignment  and  overwhelming  resources be deployed  such as will  persuade him  to  change his  mind in the  shortest  time.

In this eyeball-to-eyeball game with one man, ECOWAS must not blink.  Nigeria, as a leading member, and the current chair of the Community, must ensure that the will of the people prevails over the will - and rule - of one man in Cote d'Ivoire. Any way the crisis in Cote d'Ivoire is resolved, the bottom line is that Gbagbo must go forthwith.  And, lest we forget, he must, in due course, have his day in a court of competent jurisdiction to answer for the troubles he has, since losing the election, taken his people through.