AVIATION IN 2010: FULL OF PROMISES, SHORT IN DELIVERY 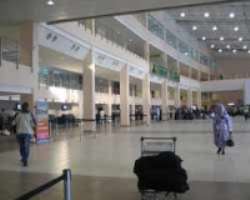 FOR a sector in search of rescue, aviation in 2010 recorded relative success, which also showed that more work needs to be done if the nation is to be taken seriously.

Save for divine intervention, coupled with the ingenuity of some aviation chiefs, it would have been worse.

Generally, the fortune of Nigeria in the Aviation sector in 2010 is better described as 'mixed-grill'.

The accident free achievement is attributable to the uncompromising stance of the Nigerian Civil Aviation Authority (NCAA) culminating in the award of Category One aviation safety status by the United States Federal Aviation Administration's Transportation Security Audit (TSA).

This is by far the biggest achievement recorded by the sector or the country, and one that the NCAA said that it was poised to guard jealously to ensure that the country does not slip back to category two.

The NCAA through commitment by Dr. Harold Demuren led management worked tirelessly to ensure that all the critical elements for the award of the highest safety status were closed.

The implication of the achievement is that Nigerian designated carriers to the U.S. can operate without hindrance as they can operate their equipment, which reduces costs.

The year in review also saw the commissioning of the expensive total radar coverage of Nigeria, otherwise known as TRACON.

Issues of integrating the entire system also cropped up, coupled with allegations of underhand dealing in the entire project. While the claims and counter claims lasted, the whole nation further got confused with the true state of the system.

Spokesman for the agency, Supo Atobatele insisted that there was nothing wrong with the project, stressing that President Goodluck Jonathan would not have been allowed to go ahead with the inauguration of the system if they were not working.

The year equally witnessed so many promises from the Minister of Aviation, Fidelia Njeze on infrastructure upgrade without much to show for it.

Within the short period that Njeze presided over the Ministry of Aviation, the sector has been blessed with appropriation of huge funds, but those funds according to stakeholders had not been judiciously channeled into the right places, rather, what was witnessed in the industry was the hounding of NCAA Director-General, Harold Demuren over the issue of tenure that had been settled by the National Assembly.

Although Njeze inherited most of the decay at the time of her resumption, many are of the opinion that her impact are not felt, a situation that could make her leave like every other Minister of Aviation.

While some key players described the year as economically viable for the aviation sector, others saw it as disastrous year in view of some events that unfolded which did not give room to economic viability within the sector.

A former President of the National Cabin Crew Association (NACCA), Olumide Ohunayo scored air safety highly, but admitted that it was an appalling year economically.

He particularly cited the loose frequencies granted to nearly all the foreign carriers operating into the country by the Federal Government through the Ministry of Aviation, which he said negatively, reduces frequencies naturally belonging to the domestic carriers.

The hard condition the government hostile policies put the local airlines brought about their reduced capacity on the regional and some domestic routes, a situation that contributed to the economic woes of the carriers.

Many of the local airlines like their foreign counterparts suffered cash crunch in the face of the global economic recession which led to delayed deliveries of aircraft and spares as the aircraft manufacturers either failed to meet up with demands of supplies or delay delivery dates a situation which affected some airlines in the country.

For the first time in decades many domestic airlines could not meet up with their financial obligations leaving many of the airlines indebted to their workers with several months of salaries owed.

To compound the problems of the domestic carriers, the refusal of government to grant the carriers bailout to cushion the effect of economic crunch while governments of other nations rallied round their airlines and aviation sector in general further worsen their situation.

While many of the airline workers lost their jobs, three of the airlines which could not meet up with the harsh economic challenges stopped flying while some were en-meshed in Economic and Financial Crimes Commission (EFCC) following their failure to remit taxes and loans collected from passengers on behalf of government agencies coupled with their evasion of taxes.

Many of the domestic carriers were indebted to the various aviation agencies, handling companies and fuel marketers.

Speaking on customer protection right, Demuren said: 'There is already an assurance for customers that as they buy their tickets, they will be flown comfortably to their destination but that has not always been the case, airport facilities are decayed, airports terminals are old, things have advanced and Nigeria cannot be left behind as aviation advances.'

'We should get away from the euphoria of Category one, because that alone deals with Annex 1, 6 and 8 of ICAO, we are still lacking in order annexes and that was why the theft of the DDC machines happened, the Aerodrome safety is porous and injurious, we need to work on that so that we will be compliant with ICAO universal safety oversight programme, that should be our priority for 2011. The Category one has only parted the Red Sea, we have to cross the sea and meet up with other annexes as stipulated in ICAO's documents.

'Our airlines' problems are still there, it is either we are saying that they should sink as a bunch and get two out of the them, the problem is endemic and we need to get them out of the woods and the only way to do this is for government to start a regulated consolidation.

'For instance, the Indonesian have pegged five aircraft to start an airline, Nigeria can increase its own from two to five, the capitalisation process that was done in 20017 was not enough because it was the Corporate Affairs Commission (CAC) that smiled to the bank.

'Why can't the airlines consolidate and embrace the merger option like their European counterparts are doing, why should they continue to blame government for everything, European airlines are stronger because they have consolidated, when our airlines continue to brandish their ego then the situation is bound to be worse in the new year,' he said.

In his own review of the industry, Shehu Kyari, a former senior engineer with the defunct Nigeria Airways and now an aviation consultant described the contribution of the sector in the outgoing year as not too positive.

When you compare passenger traffic on the local scene with the international scene while domestic carriers did not do well, reverse was the case with the foreign airlines which had a field day as they continued to cart away billions of foreign currencies to their home countries at the detriment of domestic carriers as aviation policies still encouraged capital flight.

Kyari who thanked God that despite all the anomalies, he said that the nation did not record any accident or major incident, stressing that domestic carriers' income within the year was not encouraging and attributed this to their huge indebtedness.

While the management of these local carriers have the money to manage the airlines, they however, lacked the managerial capability to turn them around, as they got involved in diversion of funds meant to run the airlines to other frivolities.

For aviation consultant, Babatunde Obadofin, an aeronautical engineer and chief executive of Aero Consult, airlines within the period certainly did not do well at all. 'It's only I don't know whether by the grace of God that they are still in business as most of them would have really collapsed if certain measures were not taken.'

While saying that there was an upsurge in passengers' traffic, Obadofin however said that the situation had not yielded corresponding increase in revenue generation, because a lot of factors contributed to it ranging from high cost of flying to high tariffs and high maintenance. All these combined together he said made things difficult for the airlines.

As enumerated by the experts, it has become obvious that the aviation industry in general did not do well economically in the year.

Sincerely, the sector never had it so bad economically as even the various agencies had their own challenges to grapple with as the global recession caught up with them that they too became indebted to their contractors and even staff.

Many projects suffered hiccups due to cash crunch as their funds were trapped in the hands of airlines and other beneficiaries of their services.

Even though the industry suffered economic down turn within the period, security and aviation regulations improved greatly as the Nigerian Civil Aviation Authority (NCAA) remained determined to attain the American category one status.

The Federal Airports Authority of Nigeria (FAAN) despite its financial predicament was able to transform some airports through the refurbishment of their runways.

However, in the coming year, there is the need for government to have a maintenance base that will take care of training and at the same time take care of maintenance, as this will reduce capital flight.

The presence of a maintenance base will handle issues like training of resource personnel, aircraft maintenance and even simulation. All these will not only bridge the gap created by the shortage of young professionals but also conserve money for government.

Also, in the New Year, there should be more of government intervention in the area of initiating maintenance base, which may not really be managed by government. Government may not pump money directly into such but can give guarantee to any private company or individual and even airlines interested in providing the maintenance base.

There should be massive drive for local recruitment to enable the sector develop human resources which will reduce the high number of expatriates within the sector.

Government should provide a financial institution where aviation financing can be discussed with advice given to government to grant subsidy to airlines and aviation agencies.

Also, government should improve on its funding of the sector which has been adjudged to be one of the highest sources of income revenue generation to the government as this will give room for the proper running of the industry for the sake of safety.

There is the need to review the BASA agreement with foreign countries and check the excessive granting of unlimited frequencies to the foreign carriers if the domestic carriers are to come out of their financial mess.

The controversy surrounding the Maevis concession deal should be reviewed in the coming year to give room for peace and tranquility to reign as it is only in a peaceful environment that good business can travail.

No doubt about it that the aviation sector in the outgoing year did not do too well and it is hoped that all the factors that contributed to the woes will be corrected to enable the industry achieve its major goals.