FASHION AND STYLE EVENTS THAT SHAPED 2010

By The Nation Newspaper 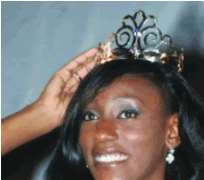 During the year 2010, series of fashion and style events dominated the scene. Beauty queens emerged through pageants organised by different fashion and beauty companies. In the Face Of Sleek competition organised by the Sleek sisters, Ebele and Ify Ugochukwu, Miss Makida Moka beat 15 other contestants to clinch the crown. She walked away with mouth-watering prizes, which include a brand new Jeep and a modelling contract. The glamorous event was held at the Oriental Hotel, Lekki.

In September 2010, Miss Nigeria beauty pageant returned after six years of being in limbo. Facilitated by ex- beauty queen, Mrs. Nike Oshinowo-Soleye, the Nigeria's flagship beauty pageant, made a triumphant return to the country's social calendar and was won by pretty Oluwadamilola Agbajor. And for the first time in the history of the pageant, it will be activated in three continents, namely Africa, Europe and North America. Osinowo, who is the Chief Executive and Creative Director of the pageant, said that the new Miss Nigeria Pageant will once again showcase positive attributes of the Nigerian woman, which are elegance, poise, talent, intelligence as well as beauty.

The 6th edition of the Nigerian Hair Show got a boost with the introduction of an innovation in the making of wigs. At the grand finale, which took place at the Etal Halls, Oregun, Mrs. Mayowa Olatunji of Mayor Beauty Salon based in Lagos, was declared winner. Style writers also received awards for creativity, innovation and most outstanding writers. The Most Outstanding Writer of the year award went to Vivian Onyebukwa of The Sun, Joy Essien of The Guardian won the Most Creative Writer Award while Kehinde Falode of The Nation got the Most Innovative Writer of the year.

Braids ruled at the Kanekalon Night of 1000 Braids. It was Kanekalon's way of celebrating the African Woman and what she stands for- a symbol of beauty and strength.

The 6th edition of City People Fashion and Style Awards was another major event which shook the industry during the year. The event, which took place at Anchor Event Place, Agidingbi, Ikeja, Lagos, brought together the movers and shakers in the fashion and beauty industry. The award is about celebrating individuals and corporate organizations that have excelled in the fashion and style industry in the course of the year.

Also during the year, Salon De Eve emerged the winner at the Niger Kanekalon Braids held at the Eko Hotel and Suites, Victoria Island, Lagos. She went away with a Hyundai 10 car and lots of other consolatory prizes. The event was aimed at bringing out the best of braiding skills and creativity in Nigeria hairstylists.

It was a fantastic night as celebrities and fashionistas from all over Africa converged at Landmark Village, Victoria Island,, Lagos, for fashion show organised by the the FAB. The black carper show showcased exclusive designs from VLISCO'S latest fabric collection

Also during the year, some makeup companies thought it while to introduce their products to the esteemed fashionable and beauty conscious Nigerian women. Make-Up Designory (MUD) Nigeria was formally launched into the Nigeria market. A notable Nolltwood star actress, Genevieve Nnaji, became the face of MUD. Make-Up Designory (MUD) is an international make-up company that has been creating genuine make-up products and providing quality education for over the past decade.

Nouba, another makeup brand, was professionally launched in Nigeria. Nouba is a premium Italian mineral make up brand. Before it was launched in the country, it was restricted to the European and and Middle Eastern market. It was brought into Nigerian market by Mrs. O. J Awa Ibraheem.

Poised to trail the blaze of beauty business, Mrs. Laura Mekwuye, a banker, opened a beauty parlour called Smart Gym and Spa. With her entrant into the beauty industry, she believes that some form of revolution has started in the industry. Mrs. Mekwuye was not formally trained as a beauty expert, rather, she was a banker, but she found herself in the beauty business as result of her personal experience when she was working in the bank.

Shakara, a fashion outlet, was opened in Ikeja by Mrs. Elsie Oluku, Chief Responsibility Officer for Treasure Cove Nigeria Ltd, owners of Shakara, Iyanga, Swagger, Oh My Gush, and Ginger. These are all trade marks of Treasure Cove Nig. Ltd.

In the jewellery sector, two friends, Louise Pridely and Elfreda Edewor floated new luxury jewellery line into the Nigerian market during the year. Since unveiled, Kristos, which, is the name of their jewellery line, has become one of the hottest accessory lines on the Island.

The second edition of Fashion Designers Association of Nigeria (FADAN), Talent Hunt, took place amidst glamour and style. The event, which was held at the presigeous Civic Centre, Victoria Island, Lagos, brought together the crÃ¨me de la crÃ¨me of the Nigerian society. Evelyn Obike, owner of Eve Ella Label emerged the winner after beating 15 other contestants. FADAN Talent Hunt was established in 2009 to discover and support new talents in the industry.

Vintage Press Limited
(The publisher of The Nation Newspaper)