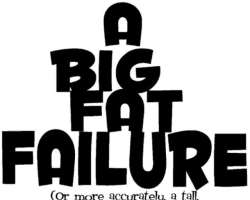 Musa, who is also a factioner chairman of the Conference of Nigerian Political Parties (CNPP) equally contended that the National Assembly should discard the Justice Mohammed Lawal Uwais report on electoral reform.

He spoke, yesterday, at a photo exhibition organized by Civil Rights Congress, to commemorate the 16th anniversary of the annulment of the June 12, 1993 presidential election.

According to him, the proposed electoral reform was a ruse to introduce a one-party state in the country.

According to Musa, “Let us narrow it down to persons. Obasanjo as president of Nigeria was definitely capable. He had the experience, the capability but he betrayed the nation.

“What we have now is a person who is not capable at all. He (Yar'Adua) was just put there. He is not capable because his experience is completely irrelevant.”

“He has never held real public office for more than two years. Of course, he was governor of Katsina State but being a governor does not automatically qualify you or make you the President of Nigeria.

“He became a governor simply because of his brother. Now, the same person is not even healthy enough.

“This is a fact and everyday you find one thing or another that you can take him on; everyday, on daily basis.

“When people call him Mr. Go-slow or something, they are just being charitable. His situation is even worse than that. But he was put there by Obasanjo specifically to serve a purpose.

“Obasanjo knew what would happen. Obasanjo went shopping for people like that so that Obasanjo would always be needed and his secrets will always be covered.

“It is pointless telling Yar'Adua to resign. He has just appointed a governor of the Central Bank who has told him the truth; that he should reduce his seven-point agenda to two because that is what his regime is capable of handling.

“But he said no, that the seven-point agenda is inter-related. We know but what is the point in taking all the seven of them and then collapsing without achieving anything.

“He has 20 per cent chances of achieving something if he concentrates on those two items.

“The June 12 election we know was won by Chief MKO Abiola even though in spite of the rigging, Chief Abiola won the election and this was confirmed by the electoral body itself.

“Now, since June 12, 1993 election, things have gone worse in terms of rigging and even the negative state of the nation.

“We are seeing no improvement. We have been promised electoral reforms leading to a credible electoral process. But from all indications, we are being set up because that is what the Uwais report amounts to.

“We actually have been cleverly set up to accept something that is not what we want.

“If you see the Uwais report and you read it critically, you'll find that it is a report recommending really a one-party state.

“But because we have been set up, we now misinform Nigerians to believe that the Uwais report is what we should accept even as the minimum.

“The Uwais report is nothing. Uwais report is a set up. It will lead to a one-party state and definitely it will not bring about any improvement in the electoral process.