All Set for Guber Rerun Election…As Jega Relocates to Asaba 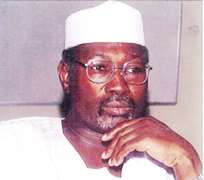 As the Delta state rerun election holds Thursday at the 3, 625 polling units and 270 registration centres across the state with an estimated 1.5 million voters expected to participate in the election, Dr Gabriel Ada, Resident Electoral Commissioner, INEC, Delta state has confirmed in Asaba, that INEC staff and Youth Corps members including electoral material have been moved to their various destinations.   Local and international Journalists have been accredited for the election even as INEC boss, Prof Attahiru Jega and some high ranking staff of INEC has arrived Asaba Wednesday night to ensure a free and fair election in his first litmus test exercise.

INEC's Public Affairs Officer in Delta, Mr. Livy Unuigwe confirmed the arrival of Professor Attahiru Jega to Asaba but refused to disclose further information.   A source at the INEC state headquarters has also revealed that Jega's presence in the state is to ensure that a free and fair election is conducted in Delta state, and being a test-run of election activities since his assumption of office as INEC boss.

Fourteen candidates have been cleared for the rerun election over 22,600 policemen deployed to the state has been sent to the 25 Local government areas with some flash points boosted with the rebranded mobile policemen.

A statement issued by the commission in Asaba says accreditation of eligible voters by Presiding Officers would start from 9 am to 12 noon, while only voters waiting on queue at 12 noon would be accredited.

The commission added that voting would commence at 12 noon after accreditation and end at 3 pm, saying that the Presiding Officer would verify the poll result by cross checking the number of persons, the number of accredited voters on the queue before voting commenced and the total votes scored by the candidates.     According to the statement, at the end of the election, the Presiding Officer would announce the result at the polling unit and also paste a copy at the polling unit.       Meanwhile 17 suspects who has been arrested at Ezionu in Ukwuani local Government area for allegedly posing as a threat to the rerun election.

Youths of the community were said to have arrested the boys suspected to be unknown faces in the town and handed them to the police in Obiaruku.     The state police command, through its Police Public Relations Officer, Mr. Charles Muka has also assured of adequate security in all INEC offices to forestall incidences of attack of staff and makeshift staff following the burning of one of its offices at Ughelli North local government.     Delta state chairman of the Nigeria Union of Journalists, Comrade Osita Biose has called on journalists to abide by the ethics of the profession in the exercise of their professional responsibilities.     He also appealed to security agencies engaged in the re-run election to cooperate with journalists in the course of their assignments.     Military Assists Police in Delta rerun polls     Delta INEC boss, Dr. Gabriel Ada has disclosed that the Nigerian Army, Naval and Air Force officers have been deployed assist the Police in Delta State to ensure peaceful conduct of the governorship rerun election.

The Resident Electoral Commissioner (REC) told journalists in Asaba on Wednesday that the contingent was made up of 45 units of the men of the Mobile Police unit and another strong 22,000 regular police drawn from within and outside the state.

Ada said that men of the Nigerian Army have been put on stand-by to maintain peace in case of any eventuality during the period even as he assured that the army will only be on the streets to maintain peace 'while it is the duty of the police to safe guard the ballot boxes and other materials to avoid any snatching.'

He maintained that the commission had concluded arrangements with the Nigerian Air Force as well as the Navy to ensure that materials were adequately and promptly distributed to all the parts of the state including the difficult areas not always easy to access.

'Because of the importance we have attached to this election, we will make use of the Navy to distribute the materials while the Air force will be used to bring the results swiftly to the main collation centre.'

Reacting on the burnt INEC office in Ughelli in the early hours of Tuesday, he said that security agencies have taken charge of the situation in the area even but warned that anybody caught threatening the electoral process will be made to face the full of the wrath.

The Delta State REC, being assisted by his counterparts from Akwa Ibom, Bayelsa and Edo states assured that elections would go on in the Ugheilli North headquarters of INEC adding that 'even as we lost a lot of things there including the voters' register, we have been able to use our back up to print another one which will be used to conduct the elections there.'

He said only the people with their voters' card, whether temporary or permanent will have the opportunity to vote just as he warned anybody without voter's card to stay away from the polling units.