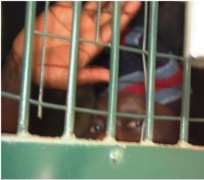 Serving Senate Leader, Senator Teslim Folarin has been remanded in Prison alongside three associates on a two-count charge of conspiracy and murder of a former Chairman of the National Union of Road Transport Workers (NURTW) in Oyo State, Alhaji Lateef Salako (Eleweomo).

Chief Magistrate Sakirat Baderu ordered that the senator and his co-accused be remanded in Agodi Prison after his lawyer, Mr. Rotimi Akeredolu (SAN) had argued that the court lacked the jurisdiction to hear the matter.

Senator Folarin's arraignment at an Ibadan Magistrate Court by the Oyo State Police Command followed his interrogation for several hours when arrived the court premises at about 10.30 am on Tuesday. He is to remain in prison for at least the next ten days.

The court had adjourned the matter till January 14, 2011 even as Senator Folarin had denied complicity in the act.

Although the cause of Eleweomo's death is yet to be unravelled, fingers are currently pointing at Senator Folarin who is believed to have had a long battle with the late NURTW boss.