THE MOST INFLUENTIAL AFRICANS IN 21ST CENTURY 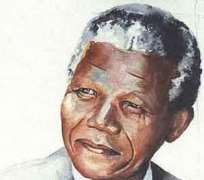 Nelson Mandela: A symbol of freedom to the emerging continent and Mandela has become the conscience of the world. Mandela is a role model for a goodwill mindset; embracing reconciliation, forgiveness and unity in his native South Africa. The troubled continent littered with wars and disturbances needs Mandela's methodology for making sustainable peace.

President Goodluck Jonathan: The president of the most populous and influential country in Africa which is Nigeria. He has displayed maturity in tackling Nigerian huge and complex problems. A democrat who has shown credible interest in leading Nigeria to her vision of becoming the richest and most successful democracy in Africa.

Prof. Wangari Maathai: A warrior for the environment and has made planting trees in Kenya a point of duty. The first woman in Africa to win Nobel Peace Prize and the founder of The Green Belt Movement.

Chinua Achebe: A writer and author of “Things Fall Apart” that delved into the crash of civilizations when colonialism stepped foot in Africa. Achebe is a civic activist and chronicler of African storytelling; he has done more to express African state of mind to the world.

Wole Soynika: The first African to win Nobel Prize in literature. Wole Soyinka is a dramatist, poet and civil right activist. Great Soynika is a lion of Africa who has used his powerful intellectual acumen to mesmerise the world community.

Muammar Gaddafi: A colorful and influential leader in Africa. No matter what you might say or think of Gaddafi, nobody can deny his influence in Africa. He is political savvy and made the strategic move of re-establishing relationship with the West. He played a significant role in the formation of African Union. The most recent summit between Africa and Europe was held in his capital city, Tripoli, Libya.

Charlize Theron: The Oscar winner South African movie star. She has become a household name in Africa in general and South Africa in particular for her charity works. She is the founder of The Charlize Theron Africa Outreach Project – “committed to creating a safer and healthier life for impoverished children and communities of South Africa, and other African nations, with a particular focus on individuals suffering from HIV/AIDS.”

Kofi Anan: A Ghanaian diplomat that needs no introduction, the former Secretary General of United Nations. At the end of UN tenure, Kofi Annan, became the Chairman of the Alliance for Green Revolution in Africa, organization dedicated to African food sufficiency and security,

Kase Lawal: The founder of CAMAC International and the chairman of Camac Energy, a NYSE /AMEX Company. A business baron and 21st century business executive. His prominence in the global business scene has become something of great interest to African and he has become a role model to aspiring business executive in Africa and in African American community.


Aliko Dangote: The founder of Dangote Group. Forbes magazine documented him as the richest Nigerian business executive. An intelligent and modern African business tycoon, whose conglomeration/empire has given thousands of jobs to Africans.


Philip Emeagwali: The inventor of the fastest computer. Philip Emeagwali has been called “a father of the Internet” by CNN and TIME, and extolled as a “Digital Giant” by BBC and as “one of the great minds of the Information Age” by former U.S. President Bill Clinton.


Ellen Johnson Sirleaf: The first woman president in Africa. She is committed to building the war torn Liberia. Ellen Johnson Sirleaf has become an inspiration and role model to millions of African young women, girls and the youths of the continent,

Nduka obaigbena: The founder and chairman of Africa's widely read newspaper named 'Thisday' and flagship magazine 'Arise', an international voice of Africa. His influence stems from his unflinching and sustaining commitment to African culture in the globalized media.


Jerry Rawlings: The former president of Ghana made the greatest impact on this West African nation after Kwame Nkrumah. He made radical reforms that transformed Ghana to a progressive capitalistic democratic society. His influence has not waned, he still plays vital role in cessation of conflicts in Africa especially at the ongoing fracas in Ivory Coast.

Mo Ibrahim: The Sudanese business mogul and billionaire. His commitment to democracy and good governance drove him to create a foundation that monitors and rewards good governance for African Heads of States.