Ladies And Their ‘Modern’ Fashion - By Ugochukwu Ejinkeonye 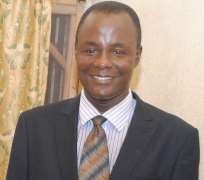 Nothing best underscores the growing desperation to impress which appears to have gripped the tender hearts of countless ladies today than the brutal conventionalisation obscene fashion seems to have rudely appropriated in society.

A desperate person is always the easiest victim of primitive emotions and thoughtless actions.

And for a lot of ladies nowadays, when it comes to securing attention and appreciation, matters can really get out of hand. Nothing is sacred anymore. Every care about honour, dignity and sense of decency is immediately flung overboard until the mad, blind pursuit of what may eventually turn out a will-o'-the-wisp is over.

It would appear that only very few even among those who had before now distinguished themselves by their serious-mindedness, self-confidence and sense of decency have retained the capacity to resist the temptation to join the rest in the current desperation to out-bare each other.

It began like some harmless craze: If you have it, flaunt it!

This was at first only popular among confirmed weirdoes and those women whose prosperity in business depended wholly or partly on flesh-flaunting and such other unedifying acts.

Then crawled in the next stage of the madness, which, sadly, gradually dismantled the once formidable defences of many ladies, and swept them off their feet, when it eventually ignited desperation in them. It was packaged in a very simple piece of ruinous reasoning: If for whatever reasons you decide to properly cover your 'natural assets,' another lady whose “assets” may not even be as luscious as yours would certainly expose hers, grab the 'prize' right under your very nose and go her way; and you would be the big loser!

It was a most idiotic logic, but it worked like magic. Why? It was powered by that highly inflammable substance called Desperation. And so the mad-rush was flagged off.

As one observes countless ladies locked in the mortal combat to out-expose each other, one can only be filled with unqualified disgust, pity and even anger. In this fierce battle, age does not even seem to matter any more. Spinsters (young and old), mothers (young and old), and even grandmothers are all trapped in the indecent exposure craze.

The way these women hop about in public spaces without any bit of shame, in skimpy skirts that barely cover their crotches, and blouses with necks cut low enough to rudely flaunt even sagging boobs decorated in some cases with unsightly stretch-marks at everyone's face, is just sickening, if one must say the truth.

Why has the world suddenly gone berserk? I have heard such rubbish as today's woman seeking to assert, reassert and fully realize herself; demonstrate that she is not manacled by any conventions, and prove that her body belongs to her, and so the right to decide which part to cover or expose remains hers, and all such bunkum. We have also heard ad nauseam the unintelligent lie that these ladies dress indecently to suit themselves, and not to attract the lustful attention of emotionally unstable men. Reasonings even more bizarre than these abound.

What one really finds very irritating is the often long-winded, convoluted, uninspiring, clearly unconvincing and overly infantile sentences usually stringed together by these women to rationalize what is otherwise a simple, straightforward case of desperation. There is a sudden surge of desperation for attention, pure and simple. So, all concerns about decency, dignity and self-esteem can wait for now. The world has truly gone berserk!

But, sadly, this kind of bait, apart from over-advertising raw desperation, can only attract the wrong kind of men, with the most unwholesome intentions. No responsible man falls for very cheap stuff like that. Indeed, any man attracted to a woman because his baser instincts were awakened at the sight of the lady's exposed delicate parts only goes after her to assuage his lust. Once that is done, he will simply dump her like some disused akra wrappers and move on.

I am sorry if this offends some really responsible ladies out there who may even be as disgusted as I am by all these, but it must be admitted that sometimes, it is difficult to really determine the real problem of women, or what exactly they want from men. One moment they seem to be proclaiming through their actions and appearances: Please, I am too available and cheap! You can have all of me! Just for the asking! Then the next moment, they are on rooftops grumbling that men do not rate them highly, and do not accord them the respect they think they deserve.

Please, for goodness sake, what exactly are men expected to do in this circumstance when these women seem all too eager to prove that their only endowments worth showcasing are their bodies? Whatever happened to intelligence, exceptional talents, abilities, sterling virtues, self-esteem and sense of dignity with which women once easily earned the respect, awe and admiration of most men? Why should someone insist on being respected even when she, of her own accord, has gone all out to underline the unmistakable impression that she is undeserving of any honour and respect?

Whether we would like to believe it or not, somebody's appearance remains the first indication anyone requires to classify the person. A prostitute is known by her appearance and lewd, seductive gestures. She showcases her body to attract buyers because her body is for sale. So, my question to those who insist on being referred to as “responsible ladies” is: why showcase your 'wares' if they are not for sale?

Visit many offices today, and as you sit opposite the “responsible” lady attending to you, and she leans forward a bit to explain a matter on the document both of you are looking at, her whole chest, the pride of her entire womanhood, would be laid bare before you despite the so-called “corporate” outfit she is wearing. What on earth can we call that if not madness? Not too long ago, a friend went to a bank in Lagos, and was offered a seat by a merry, cheerful, flesh-advertising female employee. He turned down the gesture and offered instead to be attended to downstairs. When asked why, his reply was straight- forward: "I don't sit with naked women!"

Now, how on earth can anybody distinguish, for instance, between a very “decent” “serious-minded” professional waiting for a taxi along the street after a hard day's job and a prostitute standing beside her waiting for customers, when both of them are dressed alike?

Truth is: there are parts of the human body regarded as “private.” These are not meant to be exposed to every eye that can see. Only women of easy virtue expose theirs, because they hawk them for cash. No one, therefore, can appear like a bird, fly like bird, and then take offence when she is called a bird. Is it that more and more women are becoming too unsure of themselves hence this mass resort to the unhealthy short-cut of indecent exposures? Even grandmothers have allowed themselves to be sucked into this disastrous craze before they could even find time to ponder the self-debasing phenomenon and why they should also star in it.

Indeed, desperation has so saturated the air that even those in stable marriages who should have no need for other men's attention have almost all blindly jumped into the dirty, stinking and self-debasing ring without even stopping to ask themselves why. Tragic, isn't it?

Please, can a sane woman out there, please, explain to me what really is going on?