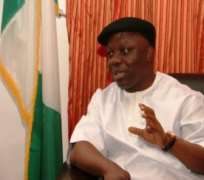 SAN FRANCISCO, Dec 28, (THEWILL) - The Peoples Democratic Party (PDP) has said that it views the call from the Action Congress of Nigeria (ACN) to postpone the Governorship rerun election of Delta State as ‘suspicious, ill-timed and baseless’, saying it is surprised that ACN which has no candidate in the election would call for a postponement without giving a justifiable excuse.

The PDP in a statement by its National Publicity Secretary, Prof. Rufai Ahmed Alkali, said it received the report in ‘utter disbelief’ and alleged that the ACN and other political parties that have also called for the postponement of the election intend to sabotage the Governorship rerun.

The statement in full reads: “The Peoples Democratic Party (PDP) has received utter disbelief, reports of brazen attempts by some Political Parties in Delta State to sabotage the Governorship re-run elections in the State. “We view the call from the Action Congress of Nigeria (ACN) for the postponement of the elections as suspicious, ill timed and baseless. It comes to us as a huge surprise that ACN, which has no candidate in the forthcoming rerun elections, would, with no valid reason or cause, just call for postponement of an election whose date was fixed long time ago. We wonder why a political Party that did not participate in the first election would call for a postponement at this time. “The PDP wishes to disassociate itself fully from these dubious and mischievous ranting of later day democrats. “We wish to call on INEC to ignore these diversionary calls and go ahead with its preparations for the elections. We also wish to call on all our members and PDP supporters in Delta State to mobilize massively to ensure that His Excellency, Dr. Emmanuel Uduaghan is voted back to the Government House in Asaba,” Alkali said in the statement.