GOVT TO ADOPT 'LANDLORD' MODEL FOR PORTS IN 2011 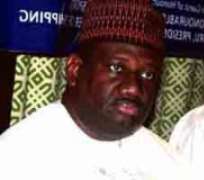 THE Federal Government may soon adopt a landlord port concept for all the seaports in the country, beginning from 2011.

By this concept, all ports and terminals would be handed over to private concerns, irrespective of their current operational status.

Specifically, the new private sector operators would be in full control of the ports, under a tenancy pact with Nigerian Ports Authority (NPA).

This arrangement is expected to cover all the service ports and terminals, currently not under the concessioning scheme.

Besides, the government intends to promote inter-port competition to ensure efficiency of operations under the new transport policy to be released in 2011.

The proposed policy is expected to replace the 17-year-old transport policy, which has been assessed not to be in tandem with modern operations.

Under the incoming policy regime, government intends to make NPA a landlord after all the port complexes had been handed over to the private sector.

NPA will also be restructured to promote port development and make it suitable to perform its role as a landlord.

The government is also planning to rationalise and streamline the activities of government agencies operating within the ports. It will also address the problem of perennial congestion by rehabilitating the roads and rail links with the ports and to inland container deports.

Simplification of tariff and operational processes to enhance transparency, free port operations from political bureaucratic interference to make the ports responsive to customers needs, reform the institutions and structural set up in the ports of support desire efficiency, are some of the ways government intends to achieve the policy objectives for the port sector.

'To pursue and achieve the objectives, government will adopt a port management model that will attract full private sector involvement and promote market principles, and also pursue a port reform programme that ensure efficiency, productivity and private sector participation,' according to an official document on the policy.

Under the new policy, government is expected to repeal the NPA Act of 1999 and enactment of a new Port Act based on this landlord management model.

A modern port development master plan that will cover all the ports is expected to be developed to evaluate the future role of each port in the country and develop plans and policies to achieve the goals.

'The port master plan will provide the foundation of the ports. It will also enable complementary planning work to be carried out to reverse relevant inland areas for port development,' the document added.

At independence, Nigeria had two major ports at Lagos and Port Harcourt. The two ports together with a few smaller ones at Warri and Calabar, serviced the maritime needs of the country until 1970s when port facilities were restructured due to the oil boom and the associated sharp increase in import traffic.

All the ports, before now, were owned by NPA, though Act 38 of 1999. They were also managed directly by the authority before the port reform programme of four years ago.

Within the context of Port Reform, two management options were adopted for the port sector. They were the landlord and service port options.

But under the proposed transport policy, government intends to reverse the trend, as all port would become landlord port with the planned concession of all port complexes to private concerns.