UTOMI TO CONTEST FOR PROGRESSIVES TICKET 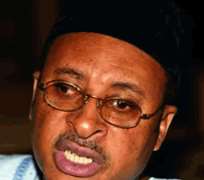 
Renowned economist, Professor Pat Utomi yesterday declared his intention to contest the presidential ticket of the progressive parties currently involved in alliance talks in the country.

Utomi told reporters at a news conference yesterday in Ikeja, Lagos that parties involved in the alliance talks include: the Action Congress of Nigeria (ACN), the Congress for Progressive Change (CPC), All Nigerian Peoples Party (ANPP) and Social Democratic Mega Party (SDMP).

He however, emphasised the fact that there were other aspirants and that he would be willing and ready to work with any aspirant that may be presented by the alliance if he did not get the nod to contest on the ticket of the alliance.

'We have decided to collectively bring our resources together to say that it can be done and I want to remove any doubt, if there is any, that I offer myself as a candidate for the highest office in the land.

'We have the desire to give up our ambition for the good of all. As the process goes on, the progressives would support whoever is presented as candidate. I will support the candidate wholeheartedly,' he said.

He noted that the liberation of the nation is at hand even though it would require hard work and sacrifice from all those involved in bringing about the change. He also pointed out that the ruling party had shown that it was desperate for power and they don't actually care if the nation goes the way of Rwanda.

History, he said was on the side of those involved in the alliance because recent history had shown that when those in opposition in Africa decided to come together, they would always defeat the party in power.

Utomi would want INEC to look into the source of funding of the ruling party because the amount spent on television advert alone by the party was staggering. He narrated a story he was told recently by the Emir of Sokoto, Said Abubakar. According to him, the Emir had said in Brazil, the president was on official duty in a town and he decided to branch at the venue where his party was holding its convention. The opponents took him to court and won. The president was made to refund the money for fuelling the vehicles in his entourage to the coffers of government.

He also commented on the recent lamentation of the Registrar of the West African Examination Council (WAEC) who cried out that only two per cent passed English and Mathematics in the last November/December GCE.

'The truth of the matter is that our teachers are not good in the subjects they teach. When teachers were tested recently in a state, 80 per cent of the teachers failed the course they were teaching students. Political parties should come out with a policy on education. We should not allow the collapse of the value system. Parents cheat for their children. Teachers should be compensated on value system.'

'Yes, I think I can reveal this now. I told him that it is not about office. There are some political positions you will take and you will not be able to go back to the people later. I told him I don't need to hold office to be of use to the government. I told him that he can call me at any time of the day and I would be available. I would give advice any day.