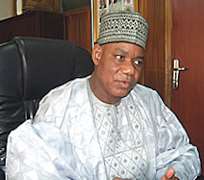 ABUJA, DEC 24, (THEWILL) - The Rufai Campaign Organization (RCO) on behalf of its gubernatorial aspirant in the 2011 elections in Gombe State, Professor Rufai Ahmed Alkali has commended the National leadership of the Peoples Democratic Party (PDP) and the Gubernatorial screening Panel for the North East zone under the leadership of Chief Dan Ulasi for a job well done.

Bonaventure Malah, who signed a statement on behalf of the Rufai Campaign Organisation, said the smooth conduct of the recent screening exercise is a demonstration of the PDP's readiness to organize a transparent and hitch free primaries. “The screening exercise has indeed boosted the confidence of all aspirants in the commitment of the Party towards creating a level playing field for all”, he said.

The campaign organization also called on all officers selected to conduct Ward Congresses nationwide to demonstrate the same spirit of honesty, integrity and fairness so that the Party will remain united and cohesive as we approach the 2011 general elections. The RCO also expressed appreciation on the large turn-out of supporters and well wishers to back its Principal, Prof. Rufai Ahmed Alkali during the screening exercise in Bauchi and encouraged them to remain steadfast and maintain the tempo of activities until victory is achieved on the 9th of January 2011 and beyond.