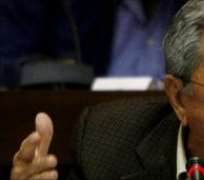 Cuba says it will publish on the internet more than 2,000 US diplomatic cables released by the website Wikileaks.

The aim is to highlight US “imperialist” policy and efforts to “subvert” the Cuban revolution, the official Cubadebate.cu website said.

The first seven documents, translated into Spanish, are already on the site.

In some of them, US diplomats criticise Cuban opposition groups as divided and out of touch with ordinary people.

Of 2,080 leaked cables in which Cuba is mentioned, Wikileaks have so far made public only 62.

Cubadebate said it would focus on cables originating in the US interests section in Havana, the source of 507 leaked cables.

It says the documents prove links between Cuba's “so-called internal dissidence” and the US government.

They also reveal the continuing “terrorist actions” against Cuba from the US, as well as “complicity” between the CIA and Cuban exile groups, it says.

In other secret cables already released by Wikileaks, US diplomats say opposition leaders are largely unknown in Cuba and unlikely to ever run the country.

US interests section chief Jonathan Farrar said dissidents deserved backing as the “conscience of Cuba,” but Washington should look elsewhere, including inside the Cuban government, for possible successors to the Castro regime.

Health secrets
It is not clear if the Cubadebate site will republish leaked cables which analyse the health of the former Cuban leader Fidel Castro, which were released by Wikileaks earlier this month.

In those cables, US diplomats said Mr Castro came “close to death” in 2006 after suffering a perforated intestine and refusing a colostomy.

The health of 84-year-old, who handed power to his brother Raul in 2006, is considered a state secret in Cuba.

The former Cuban leader recently praised Wikileaks and its founder, Julian Assange, saying the leaks of thousands of diplomatic cables had brought the US “morally, to its knees”.

“Julian Assange, a man who a few months ago hardly anyone in the world had heard of, is showing that the most powerful empire in history can be defied,” Fidel Castro wrote in an article published by Cuban state media.

President Raul Castro said last week that the leaked cables showed that the US still acted as the “world's policeman” despite the “friendly rhetoric” of President Barack Obama.