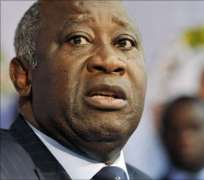 The Central Bank of West African States has blocked Laurent Gbagbo's access to Ivory Coast's funds and has recognised Alassane Ouattara as president.

The bank says only appointed members of Ivory Coast's "legitimate government" will have access to the deposits there.

The BCEAO had been urged to restrict access as it will make it difficult for Mr Gbagbo to pay the military, and increase pressure on him to step down.

A senior UN official said its investigators had also found evidence of extrajudicial executions, more than 90 cases of torture and 500 arrests, as well as abductions, kidnappings, acts of sexual violence, and destruction of property.

The UN Human Rights Council expressed deep concern about the unrest, and unanimously adopted a resolution condemning the "atrocities".

Mr Gbagbo says the 28 November poll, meant to unify a country split by civil war in 2002, was rigged in rebel areas that backed Mr Ouattara.

The Independent Electoral Commission ruled that Mr Ouattara had won, a decision later certified by the UN. But the Constitutional Council said Mr Gbagbo had been elected, citing vote rigging in some areas.

The UN General Assembly gave Mr Ouattara a further boost late on Thursday, by unanimously deciding to recognise his choice of diplomats as the sole official representatives of Ivory Coast to the UN.

Emergency summit
At the same time as the UN Human Rights Council met in Geneva, finance ministers in West African Economic and Monetary Union (UEMOA) agreed to tell the BCEAO to hand over control of Ivory Coast's state accounts to Mr Ouattara.

"The Council of Ministers has noted the decisions of the UN, African Union and Ecowas [Economic Community of West African States] to recognise Alassane Ouattara as the legitimately elected president of Ivory Coast," a statement said, according to the Agence France-Presse news agency.

The council had decided that only "officials regularly designated by the legitimate government of Ivory Coast" could access the country's deposits and represent it within the UEMOA, the statement added.

The ministers instructed the central bank and all regional banks "to take all security measures to ensure the rigorous application of these measures".

The BBC's John James in Abidjan says the decision cuts off a major source of funds for Mr Gbagbo, who has shown no sign of stepping down.

Mr Gbagbo still has control of state television and the public support of the army, but without access to Ivory Coast's state accounts it is going to be extremely difficult to pay the salaries of soldiers and civil servants next month, even if he almost certainly has other financial reserves, our correspondent says.

But, analysts say the move by the finance ministers is risky, because Ivory Coast is by far the most important economy in the West African CFA monetary zone, whose eight members all use the franc CFA.

Although Mr Gbagbo has tried to paint the international condemnation of his decision to stay on in power as a plot by former colonial power France, West Africa's leaders have been some of the most vocal critics, our correspondent says.

On Friday, they will gather in Nigeria for an emergency meeting of the Economic Community of West African States (Ecowas) and are likely to consider a range of measures against Mr Gbagbo, including the possibility of military action, he adds.

It sent troops to bring peace to Liberia and Sierra Leone in the 1990s.

'Avoid violence'
Mr Ouattara and his supporters are currently holed up in the Golf Hotel in Abidjan, protected by 800 peacekeepers from Unoci. They are in turn being blockaded by soldiers loyal to Mr Gbagbo.

The incumbent president has demanded that UN and French troops leave the country immediately. A close ally even warned that they could be treated as rebels if they did not obey the instruction.

UN Secretary-General Ban Ki-moon said on Tuesday that any attempt to "starve the United Nations mission into submission" would not be tolerated, told the international community that it "cannot stand by".

"The Ivorians cannot engage in talks with a dictator," he said.

A US government specialist on Africa, William Fitzgerald, told the BBC that various options for defusing the crisis were being considered, but that "we're really trying to avoid violence if at all possible".