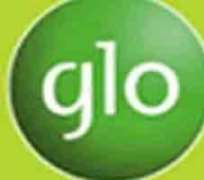 TELECOMMUNICATIONS giant, Globacom, is set to petition the Sports Minister, Ibrahim Bio, Director-General of the National Sports Commission (NSC), Patrick Ekeji, the board of the Nigeria Premier League (NPL) and the Nigeria Football Federation (NFF) over the manner the NPL title sponsorship was awarded to another telecommunications outfit, MTN Nigeria.

Addressing journalists at the weekend on the issue, Globacom's Chief Executive Officer, Mohammed Jameel, described the bid process as a total shame, stressing that NPL chiefs failed to disclose the real parties vying for the sponsorship. He alleged that the body had already made up its mind on the winner of the bid even before his company was invited to submit bid for the title sponsorship.

'On Monday, we were invited for the opening of the bid on Wednesday, which we attended,' he said. 'We duly submitted our bid, but when the bids were opened, only two companies – Globacom and Total Promotions – were involved in the process.

'We were both told by the bid committee to increase the figures we submitted since the least they expected was N750 million. We went out to consult with our officers and came back with an improved offer.

'The bidding was done in the corridors of the National Stadium with everybody privy to what the other said because there was no demarcation between each of the bidder being interviewed and where the other party stood.'

Jameel continued: 'At some point during the bid process, I asked if there was another bid. The people at the NPL kept mute. I asked again if the bid was a commodity, they again kept mute. I asked once more if the eventual winner of the bid could transfer or sell its rights, they kept sealed lips.

'I knew something was amiss and it showed in the manner in which the announcement of the winner was made, where a ghost party that was not part of the opening bid was declared the winner. We were quoted in the newspapers as offering far less than the others, but I challenge the NPL to show us the bid where they got the bogus figures that was quoted in the media.

'I can say categorically that Globacom did not bid for the title sponsorship. The bid, which would have been the final one based on NPL's prompting that both parties improved on the initial one submitted, is what I have before you, gentlemen of the press, and it was rightly acknowledged with NPL's stamp dated December 16 and submitted at 4.10p.m.

'But I want to say that while we were busy with the bid, we learnt that the NPL was in another room addressing the press on the winner of the same bid that had not been concluded. And the surprise is that the winner announced by the NPL did not take part in the process. It is an illegality that should not stand.'

According to Jameel, Globacom was forced to bring the issue to the Nigerian public because of the 'injustice' meted to it by the NPL.

He added: 'We would not have complained if we were beaten by a better offer. But I want to say that MTN did not bid for the sponsorship, yet it was awarded the right to a tune of N2.5 billion when our final bid was N3 billion.'