ZONING OR NO ZONING, THE EXALTED SEAT IS OURS FOR TAKE! 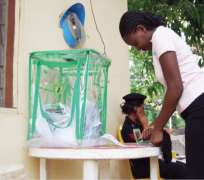 To say that Nigeria’s painfully lingering dwindling fortunes amazingly amidst its evenly-nurtured abundance in material and human resources is unarguably linked to what it suffered and is still suffering from in the form of absence of enlightened leadership from top to bottom amounts in no way or manner to a blatant understatement.

Enlightened leadership it is that can alone ginger up and usher in the much needed leadership style that can nurture for instance tourism-supportive culture, sustainable development, admonish-worthy diversity and spirit-soothing courage left, right and centre.

Enlightened leadership that can spur-up or rather evenly produce the stubbornly elusive enlightened followership is a leadership tool that holds the realistic promise of harnessing the full capabilities of Nigeria’s very diverse and auspiciously colourful population.

By calculatingly creating and harnessing division in poverty-stricken and hope lacking group of men, women and children along the precipices of religion, race, political affiliation or ethnic designations, many avaricious and equally self-interested men and women in positions of authority have ruled ruthlessly and looted government coffers recklessly, little wonder the creation and popularization of the infamous notion- divide and rule!

Before Nigeria’s independence, this devil called division came in the form of cooked-up and bottled up animosity against group of people some considered the closest to and most familiar with the colonial masters that formally if not forcefully provided nanny services for the allegedly young Nigeria of blessed memory (of course we are in a new and confused Nigeria today), with the animosity coming from the groundnut pyramid churning out part of this country. Immediately after independence, and possibly up till today, the devil has appeared and is camouflaging today in the form of animosity against people of a particular region that are alleged to clung to power for a longer period of time without much to show!

Interestingly, the tool employed by those power elite to further fan these seemingly endless, needless and counter-productive animosity are groundnut with its oil and now crude oil!

Bloodbath of varying degrees was the result of these evil machinations, consuming Nigerians big and small as it continue to rage profusely and voraciously. Biafra, Kafanchan, Jos, Odi, Kano, Shagamu, Yelwan Shendam, Boko Haram, Black October, MEND among others are the consequences as well.

Thirst for political control is what is intransigently itching these power elite to create divisions amongst poor Nigerians by any means necessary to further perpetuate their iron-fisted grip on our nations resources and collective conscience. And now that election d-day is approaching, the whistle was blown, and they are upping their deadly tactic to sway the general public away from the pressing issues eating up the soul of this blessed nation and its people.

Debate on zoning or absent of it is potentially a very costly distraction that holds the power of swaying the generality of the voting public away from cleverly assessing the various candidates vying for public offices and making an informed decision come April 2011.

According to Malam Nuhu Ribadu, more than $380bn has either been stolen or wasted by Nigerian governments since independence in 1960. Also, $299 BILLION in aid and grants (not loans) have been given to Nigeria since independence, by U.S. and E.U. nations. Where are the projects that one can pin point to justify the receipt of these huge amount of money?

Why should we continue to vote blindly and recklessly?

Where is our collective common sense when we for example continue to allow evidently thieving and infamously renowned rogue leaders to mount on the saddle of Nigeria’s leadership across all the tiers of government?

Where is our common conscience if what we can best offer at this critical moment is purposeless argument regarding what is to or not to be vis-a-vis zoning, and not a favourable solution to this seemingly lingering disgrace or rather embarrassment called leadership in Nigeria?

While people in countries like China, Chile and New-Zealand are dying in deeply dug out mines trying to dug out the little that remained of the purposeful economic and social development fuelling mineral resources, here in Nigeria, it is poor people that are dying for instance from lead and other toxic minerals poisoning as they attempt to do-it-themselves when the bulldog-like, deaf, dumb and negligent government failed to put effective structures in place to tap into the evenly abundant resources for the benefit of Nigeria and Nigerians.

While Nigeria’s pomp, posh and lavish legislators are wallowing in abundance and wealth courtesy of their record-setting jumbo pay, poor voters like you and I are needlessly wallowing on the streets penniless, voraciously scouting for avenues to make ends meet. Yet, you and I are still wasting our productive hours polluting our common conscience with deadly divisionary subscriptions that can only lead us to one thing- further misery and destruction!

Yes, zoning is good and right, but only for those who have valid and productive reasons to think in that direction and people who find solace in subscribing to that inclination as well. It is equally bad, tasteless and not right to those who harbour valid reasons along that line. At least, both parties are exercising their civic duty and rights to voice their opinion but that does not mean the voting public will allow themselves to be carried on this destructive roller-coaster of debate without a positive political rebate!

The truth from which the poor voter is shielded away from by these merciless elite is that, it is the poor voter that have the ultimate right to zone or not to zone via vote.

And now that we can all see the direction in which these power rambling is taking us, it is ripe for us to surrender ourselves to the logic and power of informed voting especially as we are forced to have a rethink on votes and voting courtesy of the high dose of reality of life in Nigeria today!

Who say revolution is only achieved by the gun or even by votes alone? True and meaningful revolution is attained through the appropriate application of common sense nurtured by clear conscience to real life situations. Zoning or no zoning, the ruthlessly competitive seat is ours for take - us Nigerians.