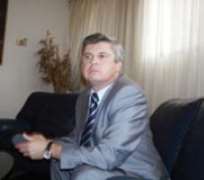 UNLESS urgent steps are taken to immediately restart the supply of gas to the aluminium smelter plant in Ikot Abasi, Nigeria's desire of an aluminium revolution may remain a pipe dream.

Also, the two Nigerian commercial satellites billed to be sent into orbit by Russia would now be launched in February next year at Orenburg in the border area between Russia and Kazakhstan.

Plans have also been concluded for the establishment of a tractor assembly plant in Nigeria to boost agricultural production. The first step of testing has been slated for the Nigerian Institute of Agricultural Mechanisation in Ilorin while the assembly plant itself would be sited in Kaduna. But the spacecraft being launched into orbit are essentially land surveillance satellites.

These disclosures were made yesterday in Abuja at a briefing by the Russian Ambassador to Nigeria, Alexander Polyakov. According to the Russian envoy, a $47 million loss has been incurred by the Russian firm, Cuc Rusal, which management started the charge to turn around the aluminium company for massive production in 2008.

He lamented that the below par and zero production could have been avoided had the Nigerian Gas Company (NGC) fulfilled its contractual obligation to supply gas to the plant. He said yesterday: 'This loss ($47 million) is the most modest assessment over the period. Gas breakdown is injurious to the working of the plant.

'The last one that occurred last Saturday (December 11) brought a loss of $15 million. According to the agreement signed, stable gas supplies should be provided by the Nigerian side, this is the state-owned company (NGC). But what we have has been the freezing of the aluminium in the pots owing to this breakdown and then you have to start again the entire process.

'This has been going on and on. This is now an emergency situation and what is needed is the complete fulfillment of the obligations. The plant is only 10 per cent operational. Of the 416 pots in the plant, till date only 54 of them were operational…'

Similarly, Ambassador Polyakov said the dredging of the Imo River, which is the second phase of the agreement, cannot now go on due to the aforementioned challenge.

He said: 'Of the two steps – gas for Ikot Abasi and the river dredging – one does not make sense without the other. It makes no sense to dredge if the power plant is not operational, if you do not have the raw material.

'If you dredge the river and you don't use the channels, then you may have problems like silting. This is supposed to be a case of positive inter-dependence but you cannot achieve it without stable gas supply. This has threatened our purchase and sales agreement reached in 2006 with the Bureau of Public Enterprise (BPE).

'The big problem is that there is only one pipeline. A good solution would be for another pipeline of supply. You know this reliance on one is a problem in a country like Nigeria. So it has been breaking down in spite of all the guarantees by the NGC.'

On whether the scenario would scare away Russian investors in Nigeria, the envoy responded, 'No. We know the problems of Nigeria and as partners, we are not supposed to run away. We also know the potentials of this country and the fact that it is the biggest market on the continent.

'Two days ago, the Nigerian Minister of Agriculture was in Moscow and there were fulfilled discussions on co-operation. With the tractor assembly, the agreement is to promote massive Russian investment in agriculture. It is multipurpose design for productivity. It (agriculture) is the basis for advancement.'

On why the Nigerian satellites are being launched outside Nigeria, he said: 'It requires high investment. The devise launching site is highly technologically dependent. Throughout the world, only Russia, USA, France and the Chinese have advanced sites, although those of the others are higher than that of the Chinese. But it is with the collaboration of Nigerian experts. Our Nigerian partners are involved. The satellites have simpler designs.'

Russia and Nigeria are currently implementing a Mutual Capital Protection Agreement that was initiated when the Russian President, Dimitry Anatolyevich Madvedev, visited Nigeria in June last year, consequent upon an earlier state visit by former president Olusegun Obasanjo to Moscow in 2001.