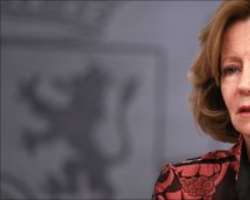 The Spanish government has had to offer investors higher returns in the latest auction of government debt.

The rising cost of borrowing reflects investors concern about the outlook for the Spanish economy and its banking sector in particular.

Demand for the debt sale was higher, however, reflecting the higher return offered, analysts suggested.

The short-term bonds were more than twice over-subscribed, compared with just 1.9 times in November.

The picture was the same with the slightly longer-term 18-month bonds, which were also more in demand. They were sold with a yield of 3.72%, compared with the November auction of 2.66%.

On Monday, ratings agency Moody's said it was concerned about the outlook for Spain's banks next year.

It said their access to funding was expected to remain weak for at least the next 12 months and it predicted that banks' losses would be much higher than currently anticipated.

Last week, Spain unveiled further measures to try to reduce its reliance on borrowing from the markets.

The measures included the sale of stakes in the state lottery and airports operator AENA.

Finance minister Elena Salgado said that as a result, Spain would need to borrow 30-31bn euros next year, down from the planned 45bn euros.