THE LIMITS OF LAURENT GBAGBO'S IDIOCY 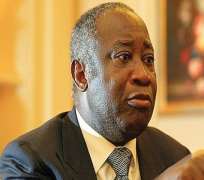 Cote d’Ivoire’s President Laurent Gbagbo uses the country’s Constitutional Council, with the backing of the military and some southern ethnic groups and elites, to cling to power. The opposition candidate Alassane Ouattara defeated him on December 2. But at the bottom of Gbagbo’s thinking are the African political diseases of tribalism and the Big Man syndrome.

Despite having a PHD in history, the African political diseases have destabilized Gbagbo’s rationality, humanness, make him a fool of himself, and nourished his political ego. In Cote d’Ivoire’s politics these are toxic issues. Gbagbo is from the Bete ethnic group. Ouattara is from the Dioula ethnic group. Gbagbo and his associates from the south see Ouattara and his group from the north as “foreigners” (or immigrants) and they are looked down upon though they are Africans.

Tribalism beclouded the thinking of both the Constitutional Council (which members are Gbagbo’s allies), the southern elites and the military, making them throw away the security of the country and the Ivoirian realities. By this act, they inverted the impartiality of the Independent Electoral Commission that is supervised by the United Nations and that said Ouattara had won the presidential run-off with 54 percent of the votes.

Security and political experts such as Knox Chitiyo, head of the Africa Programme at the Britain’s Royal United Services Institute, may give all sorts of compelling reasons for the Cote d’Ivoire imbroglio, as Chitiyo told the BBC, and wrap up that “a number of complicating factors may lead to a protracted struggle” that will “stiffen Laurent Gbagbo's resolve.” The complications come from Gbagbo and his associates, and the African political diseases of tribalism and the Big Man syndrome have consume them.

Ivoirian elites have not been able to extricate themselves from these political diseases and they have eating away the beautiful Cote d’Ivoire. Like Cote d’Ivoire, these have almost always driven the African nation-state towards self-destruction. In the African political context, you can’t explain events such as Cote d’Ivoire’s without looking at the tribalism and the Big Man syndrome. Events preceding the on-going political catastrophe point to this.

Drenched in the African Big Man syndrome, Laurent Gbagbo, 65, looks down on the likes of Ouattara, 68, whom he and others see as less of an Ivoirian because of his ethnic background. To them, it doesn’t matter whether Ouattara was a former Prime Minister. Add the deadly African tribalism, where one ethnic group sees itself as better than the Other, to the egoistic African Big Man syndrome and you get a Cote d’Ivoire in eternally unpredictable chaos. This is despite the fact that Gbagbo, who has ruled for ten years, is expected to know better and do away with such unhelpful ancient thinking and make Cote d’Ivoire a better place and join the growing West African democracies.

That’s sad since the “Ivoirity” issue, a controversially tribalistic national identity, sees some ethnic groups as more Ivoirian than Others. It is unAfrican and it doesn’t reflect the African reality. In the real Africa, no ethnic group is more of an African than the Other. Gbagbo’s Bete is no more African than Ouattara’s Dioula. No matter what most of the politicians said during the general elections about the evils of tribalism, tribalism is a fatal issue in Cote d’Ivoire’s politics. The patterns of their voting reveal this, unlike places like Ghana which is less so.

Like most African states, this is expected, considering the manner the European colonialists created African nation-states some 50 years ago. The Ivoirian presidential election controversy has also opened the debate about where the entire Ivoirian, and for that matter African, ethnic groups came from to their present dwellings. They all the same culturally and have been migrating within the continent for thousands of years, mixing with each other along the way, and their differences due basically to geography than anything else, as Prof. Jacob Ade Ajayi, the renowned Nigerian historian and editor of General History of Africa (1989), who has done a lot of work in this area, explains.

In an era of international multiculturalism (driven by higher humanism and civilization), of United States President Barack Obama, a mixture of African (Kenyan) and European, of Botswana’s President Ian Khama, a blend of African (Botswanan) and English (Ian was actually born in Chertsey, Surrey, United Kingdom), and of Ghana’s ex-President Jerry Rawlings, a fusion of African (Ghanaian) and Scottish, the “Ivoirity” issue reflects some of the unrealistically doubtful policies running Cote d’Ivoire’s and Africa’s development processes and a terrible indictment on African humanity and civilization.

Unlike elsewhere in the world, in African culture (and sociology) if you have a drop of African blood you are an African. It doesn’t matter which other racial blood drop you have. That’s why Rawlings and Khama are accepted as Presidents. This negates the “Ivoirity” matter and makes the Ivoirian elites who perpetuate such erroneous thinking foolish before eyes of African civilization and humanity. The troubling political crisis where there are two setting Presidents in Abidjan – Laurent Gbagbo and Alassane Ouattara - reveals the dangers of the “Ivoirity” identity issue, in contradiction to the on-going global multiculturalism, and a shame to Cote d’Ivoire elites, 50 years after freedom from France rule.

But the deeper facts are that, the culture driving the over 65 ethnic groups in Cote d’Ivoire are practically the same (holding geography constant) and could be skillfully appropriated to resolve the Ivoirian uniqueness controversy way beyond the Gbagbo and the Ouattara presidential storm. This could also be used for grander local, national and continental progress. For the larger progress of Cote d’Ivoire, the over 65 ethnic groups that form the country may need each other more than any of them could imagine.

For part of the Ivoirian political crisis, caught up in grimy tribalism and the arrogant Big Man syndrome, might be larger than the idiocy of Gbagbo despite his clear manipulations of the same unhygienic tribalism, via constitutionalism, to his advantage and to Cote d’Ivoire’s and Africa’s disadvantage. But from his nickname during his university school days (at Abidjan, Lyon and Paris) where he was called “Cicero,” after the Latin orator, because of his love of Latin studies, Gbagbo might help Cote d’Ivoire and Africa by re-orientating himself in new pathways in African historiography so that we can re-nickname him “Ajayi.” This will help him comprehend Cote d’Ivoire and Africa better and avoid uncalled for chaos.

When this happens Gbagbo’s new thinking may help Ivoirians and Africans to look clearly at the whole poisonous ethnic and Big Man syndrome problems both culturally, morally and intellectually, as if it is for the first time that they are experiencing such troubling incidents, and use its refined end-products in the on-going African enlightenment processes for progress.