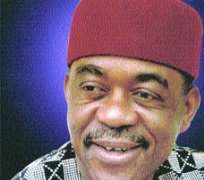 Residents of Umuahia, the Abia State capital have heaved a sigh of relief, following news of the death of the dreaded armed robber/kidnapper, Obioma Nwankwo, aka Osisikankwu,  gunned down by the joint Military Task Force in Aba, on Sunday.

The news of his killing, which filtered into Umuahia at night sparked off jubilation from residents who had, for many months now, been  on edge, following activities of the notorious criminal .

Osisikankwu (meaning the tree that is bigger than palm tree), the most wanted criminal on the list of security agents  in Abia State, was shot dead Sunday afternoon and his corpse brought to Government House in Umuahia for the state Governor, Chief Theodore Orji, to see.

He  was said to have  been behind serial  killings, maiming, and raping of women while his operations lasted in the state.

Osisikankwu was over-powered between 2 – 3pm on Sunday His girl friend was also arrested.

Also recovered were RGP Bombs with 59 RDS of 7.62 MM special.

The soldiers also rescued a family that Osisikankwu had kidnapped from a neighboring state.

Governor Orji, who appeared very elated on seeing the corpse of a man who had put his state under siege, said he felt fulfilled that the military task force has finally caught up with the criminal.

He said efforts he had made against criminality  in the state,  especially kidnapping  had yielded positive result  with the death of Osisikankwu.

Orji noted   that Osisikankwu held the state to ransom, terrorised everyone on sight, unleashed mayhem and debased women.

'He is a rapist whose criminal activities  can only be compared with that of  notorious Anini of the past, who held  Benin in the mid-west and the entire country  hostage,' Orji said.

The governor went further to say that  Osisikankwu's terror extended beyond Abia to adjoining states where he carried out his nefarious activities with so much audacity, commending the task force and other security personnel in the state for the success  they had recorded.

'It is a thing of joy that he is dead. The army has shown that they are diligent and committed and I want to thank them for what they have been doing in the state,'' Governor Orji said.

He  warned   others, wanting to behave like Osisikankwu that they would go the same way  he had gone and restated government's readiness and commitment to sustain the military war against criminals in Abia State.

Orji  requested that  the commander of the Joint Military Task Force in the state should   parade the body of the slain kidnapper round the capital city for residents to see how the end of a criminal is.

'One request I want to make from you is this, that his body be paraded in Umuahia for people to see. It will help restore the confidence of the people that the government is doing a lot to protect lives and property in the state.'

While showing the governor the corpse at the Government House, the commander of the taskforce, Gen.A.S. Audu, explained that they had been on the trail of Osisikankwu since the past week, adding that his pursuit of one of his victims who made away with one of his weapons led to his eventual death.

Audu said Osisikankwu, as a result, went on a kidnapping spree, burning  his victim's house and taking away her relatives before he met his death.

Audu said the army had come to stay in Abia State and warned that any kidnapper or criminal who dared the army would face dire consequences except they surrendered to face the process of the law.