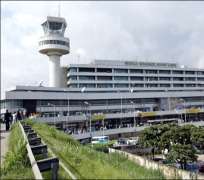 ABUJA, Dec 08, (THEWILL) – The Senate today in a voice resolution asked the Federal Government to immediately carry out a total overhaul of the management of Federal Aviation Authority of Nigeria (FAAN) if it must stamp out corruption and incompetence in the operational system of aviation sector.

Senators also demanded that FAAN cancels its ties with Maevis Limited since the firm has failed to add value to its services.

To underscore their seriousness, the Senate President, David Mark declared at the plenary session that the poor state of Nigerian airports could work against the realization of the vision 202020, and described them as the most embarrassing public transport system in the country.

The Senate resolution was sequel to the reports of the Senate Committee on Aviation, which carried out investigative hearing on the power outage last May 9, 2010 at the International Wing of the Murtala Mohammed Airport, Lagos.

Mark's hurting remarks were the highpoint of his ruling at the end of debates on the report. "All our airports are major source of embarrassment. Even the Nnamdi Azikiwe Airport is becoming an embarrassment. I was in South Africa for the World Cup and none of our airports here is up to the standard of what I saw there. I do not know whether those who run our airports do not travel.

"Something seriously needs to be done about the states of our airports if we need to develop as a nation. We talk about 202020, but these are the variables that can make that possible.

“The environment at the airports are dirty, everything is wrong with our airports, it is either the conveyor belts are not working, or lift is not working or even the air conditioning not working. We need to really improve", he told fellow senators.

Chairman of the Committee, Senator Ayim Udeh while presenting the report to the Senate attributed the power failure at the Murtala Muhammed Airport, Lagos to obsolete equipments and poor management of airport facilities by the Federal Airport Authority of Nigeria, FAAN.

According to him; "The main reason for the outage was an insulation failure of the short-circuiting. This short-circuiting was as a result of the degradation of the cable insulating medium. The cables had witnessed natural ageing bearing in mind that the installations were more than 32 years old."

The report also accused the management of FAAN of acute corruption and mismanagement of funds while it recommended to the Federal Government that it should be overhauled.

It also traced the failure of FAAN to properly manage airport facilities to the N17. 9 billion owed it by government agencies and concessionaries companies.

Senators in their in contributions to the debate attested to the decaying infrastructures in Nigerian airports, which they said posed serious threat to the growth of the economy. Senator Victor Ndoma-Egba, PDP, Cross Rivers in his contribution bemoaned the poor states of Nigerian airports, noting that there must be a comprehensive government policy to address the problems in the aviation sector.

"The outage in one airport speaks of negligence, decay and corruption in all our airports. It is only in Nigeria that our airports have remained the same since they have been built. Murtala Muhammed Airport was built 35 years ago with two conveyor belts, nothing has changed."

The Deputy Senate President, Senator Ike Ekweremadu who also decried the poor state of airports in the country said the singular power failure in Lagos Airport is a reflection of the general power problem in the country, which must be tackled headlong.