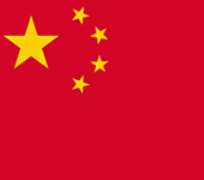 The last decade has borne witness to the decline of the West coupled with the rise of the Asian giants, China and India. The concept of carrot and stick, once expertly used by the United States has now found an able wielder in China. Chinese hard power, especially, has become a game changer for meeting the future resource demands of the country through buying and bullying dictatorships in Africa. The Middle Kingdom, with its coffers enriched by a booming trade, is capable of and willing to muscle its way through, in order to ensure that its demands are met.

In the last few years and especially since the Beijing Olympics, China's diplomatic and military assertiveness have been amply aided by its powerful economic muscle. This new-found confidence, not to mention that China was always vocal in voicing its demands, has its roots in the success of China's pressure tactics during the Beijing Olympics. While various countries protested against choosing China as the venue keeping in mind China's role in the Darfur conflict, support to the Myanmar's Junta, and most important of all, the oppression of Tibetan activists, countries like France were planning a boycott of the Games. China blatantly threatened these boycotters with economic consequences and one by one, they gave in. Despite reports of restrictions placed on journalists, civil unrest in Tibet and Xinjiang, IOC President Jacques Rogge claimed that the Games had been truly exceptional.

The success of these pressure tactics has convinced China of their effectiveness, and this has been reflected in several of China's moves. The aggressive show put up during the 60th Anniversary of the Foundation of the PRC was a feast to the Chinese PLA and a concealed threat to the West. It dealt a death blow to the “peaceful rise of China” rhetoric often stated by Chinese leadership in global forums. China also used it economic clout to resolve the border dispute with Russia with the latter ceding a small amount of territory. This paved the way for the completion of the ESPO oil pipeline supplying 15 million tonnes of oil per year for 20 years in exchange for a loan to Russian companies. China's arm twisting was also visible in an effort made by the European countries to lift the arms embargo but was thwarted by the United States. The United States has, though, been unable to prevent the smuggling of technology from Pakistan to China.

Now that we talk about the US, it is worth mentioning that around 60% of China's $2.5 trillion forex reserves are held in US government and institutional bonds. Never has the US owed so much money to any one single country. This is playing a definite role in shaping US' China policy. This policy has seen greater shift under Obama who is trying to reconcile with China on several issues. Despite repeated mention of the issue of deliberate undervaluing of the Remnimbi and human right violations in Tibet, the US has restrained itself from lodging a formal complaint in WTO and top diplomats rarely, if ever, mention the Tibet issue while visiting China. The US stance in recent times has been one of non-intervention in China's internal matters.

Japan's case has been no different. Traditionally upfront and steady in its China policy, Japan had to bow down and give way in the recent spat over the arrest of a Chinese captain for trespassing into its waters. This has, in a twisted way, legitimized Chinese territorial claims in the East China Sea. Japan faced the classical Case 22 whereby it had to either swallow its national pride or risk losing the lifeline of its hybrid automobile industry. Japan, as in the case of all other countries that had conflicts with China, chose the former. China's efforts in blocking the Nobel Prize awarding ceremony to express its objection to the prize awarded to Liu Xiaobao went in vain. Eventually, China has mounted a diplomatic campaign to prevent countries from attending the ceremony. As a result, countries such as Russia, Cuba, Iraq, Kazakhstan have decided not to be represented at the ceremony.

These successes have boosted China's aspirations and ambitions and it has effectively started believing more in the stick than in the carrot. In fact, China wants the whole world to feed it with carrots while it uses the stick on all of them. And till now, the powers-that-be have complied. But there is an increasing consensus among analysts that this dangerous trend needs to stop. The Cold war saw a similar posturing by the US to exercise its will in the Third World, toppling independent governments, installing puppet democracies, utter disregard to human rights if there were economic and strategic interests involved et al. A sense of strategic déjà vu has been felt in international circles and the world, wearied by economic slowdowns and recessions certainly is not ready for conflict on a scale as large as the wars in Vietnam, Iraq or Afghanistan.

The success of China's pressure tactics, if allowed to continue, will snowball into even more unpalatable behaviour from China and will set a dangerous precedent in the way countries resolve disputes. It is high time that the Chinese impression regarding its economic muscle being a panacea for its problems is negated. Now, who bells the cat? And how do we go about it?

The world powers, including the US and EU, can make a start by showing full presence at the Oslo Nobel Peace Prize awarding ceremony and thwarting China's attempts to torpedo the event. The international community needs to reject the Chinese pressure, whatever be the immediate consequences, keeping in mind their long term national security in mind. The world also needs to show China that the factory needs the market as much as the market needs the factory or perhaps even more. This would place an effective check on China's ambitions and aggressive measures. China's neighbour and the other Asian giant, India needs to send a clear message to China by canvassing support for the Tibetan cause as well as for freeing Liu Xiaobao before the awards ceremony. India has already taken the first step in this regard when it did not stop the Dalai Lama from visiting Arunachal Pradesh despite repeated denouncements from China. The recent announcement by India that it would be attending the ceremony is a harbinger of times to come. Those countries that have, as of now, indicated against attending the ceremony should take India's lead in the issue It is therefore important and imperative to send a message across to China that it cannot use its bullying tactics any longer.

Jeysundhar D - A freelance political analyst and blogger from India.