OYO: GANG UP AGAINST OKE-OGUN 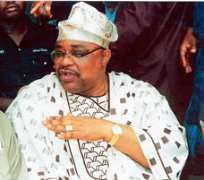 I have heard some elements within and outside political circle in Oyo State saying 'Oke-Ogun is the beautifu bride'. Why not? We have the population, we are educationally empowered despite reactionary forces against development of the area in order to continue oppressing the people.

When they want to use our people, the self-acclaimed, self-styled leaders and their collaborators within, work tirelessly in favour of the ulterior motives of their patrons at the expense of 1.4million people. Why would Oke-Ogun not be the beautiful bride? Except the indigenes of Oyo State and other few Yoruba extractions who have been to Oke-Ogun axis of the state, the area is relatively known to the rest of the nation.

The active participants in the business of agitation for the creation of new states also got to know of the area, courtesy of the leaders of Oke-Ogun Development Council, ODC, with whom they meet at different fora concerning states creation matters.

The relatively obscurity of the place has to do with the enemies of progress within and outside the area, who collaborate and pretend to mean well for the people of Oke-Ogun, but in the real sense, they are agents of destruction. It is the patrons, who have been collaborating to impoverish, oppress and dominate Oke-Ogun peopl. They work together to divert infrastructural facilities that would have benefitted and improved the standard of living of Oke-Ogun people to Ibadan, Oyo and Ogbomosho. There is no doubt; there are enemies within, who prefer to work for the underdevelopment of Oke-Ogun because of the peanuts and crumbles they will pick.

Oke-Ogun is a fallow ground and empty in terms of development, courtesy of the enemies of progress, who have been retarding the growth of the area. If medium or small scale industries, higher institutions of learning or medical facilities from the state or federal government are provided, the area would have developed like other axis in the state. Of course, the area will not be relatively unknown to all and sundry. Who says Oke-Ogun should not agitate and request for a separate state from the present Oyo State?

Although, every unit of the federation who felt short-changed, dominated, oppressed and marginalized are at liberty to approach the constituted authority for the creation of their own state. That was what the people of Oke-Ogun did in May 2009. Oke-Ogun people will not support or partner with self-centred sections of the state, who have deprived Oke-Ogun axis of the state even and equal distribution of state wealth. Let Oke-Ogun people carry their destiny on their own hands as far as the state creation project is concern.

A year ago, the Central Council of Ibadan Indigenes, CCII, which is the arrow-head

Oke-Ogun people under the banner of their association, ODC had submitted a proposal to that effect. It is not possible for Oke-Ogun people to jettison their own project and support another groups' aspiration. People should not be misled neither will Oke-Ogun allow some disgruntled elements to jeopardise their aspiration for the creation of Oke-Ogun State.