HOW TO LIFT YOUR BUSINESS' HIGH PERFORMANCE BEYOND COMPETITION 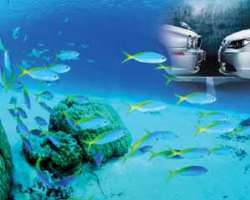 How to lift your business' high performance beyond competition

Traditional business model teaches that the way to profitability in business is always strewn with carcasses of wounded or conquered competitors. The model positions competitors as entities that must be conquered, if a business is to thrive and achieve consistent profitability. The implication of this has been grave on the psyche of business operators, who believe that in business, foul is fair and fair is foul, especially if they are to be fair to the primary stakeholders (I mean shareholders) in the business. The battle to stay ahead of competition often engenders fierce battles, which in most cases involve the use of unethical or outright illegal means to achieve the ends (profitability and staying ahead of competition). This is what experts refer to as Red Ocean strategy. It is drawn from the allegorical fight for dominance, which usually comes to play among sharks in any colony in the ocean. As all the male species want to prove themselves the lord of the colony, there is sometimes a bloody fight, especially whenever such males meet in the colony. The result is a serious bloodbath, leaving a red pool of blood as entrails that ship operators see on the ocean.

However, a new business strategy seems to have jettisoned this. The new growth and profitability theory says companies do not need to engage in such a fierce competition before they can out-shine or out-perform one another. Essentially, the new theory, which experts say has prospects of transforming business fortunes beyond competition, was recently unveiled in Lagos by its world renowned expert and coach, Mr. Gavin Fraser.

According to Fraser, the new strategy, which he calls Blue Ocean strategy, has the ability to make businesses succeed in perpetuity, if the tenets are well applied.

This theory is in direct contrast to the Red Ocean strategy, employed by all companies in their efforts to ensure survival and profitability. It was developed by two renowned business professors, W. Chan Kim and Renee Mauborgne, after 15 years of hard work on business failures and solutions. Fraser, as coach of the strategy across the globe, says the two experts discovered that 'no company is permanently excellent.'

According to him, the only way for companies to succeed permanently is for businesses to 'create unknown market space as the best way to beat competition without putting up a fight, which can be done through Blue Ocean strategy.'

How can companies do this? Fraser says the solution lies in a return to the allegorical fight for dominance among sharks in colonies in the ocean. According to him, the part of the ocean, where sharks fight for dominance, is usually tepid and not so deep. But there is a part of the ocean that is usually deeper and colder, initially creating a scare (as most sharks do not want to venture therein). In most cases, this area normally appears like an enclave in the ocean, whose awareness most sharks do not have at all. The result is that few sharks ever venture into this realm in the ocean. Ironically, the place is usually full of most of the delicacies sought by sharks in the ocean. Besides, the environment is cosy. But in a life time, only a few sharks ever get to know of this and thrive there. This is the 'Blue' part of the 'Ocean', where there is no fight for competition and yet there is continual abundance, as sailors often affirm.

Fraser says, 'The strategy focuses on how a company can develop an edge that no other company can rival. Microsoft did this, and the result has been unmatched. Blue Ocean strategy can be applied to product lines, where a firm comes up with what has never been produced before. Another way is to be innovative in terms of marketing, breaking bounds and barriers that no person or company has ever broken before. The result will leave such a company in an uncontested zone, where bloody fights involved in competition have no power or space.'

'With careful considerations, it is not in all cases that firms have to innovate into new products or schemes, Sometimes, delving into results from R & Ds or works by academia can provide the break, if there is an effective synergy,' Fraser states.

To the Executive Chairman, Trithel International Consulting, the facilitating agency for the strategy in Nigeria, Chief Joseph Akpieyi, the Blue Ocean strategy has emerged as the latest instrument to make businesses boost success through diversification and innovative strategies.

He says businesses do not have to go through cut-throat competition to get a greater share of the existing market. The best way to beat competition is to focus on creating unknown market share. According to him, small businesses as well as big ones can thrive and succeed permanently through this strategy.