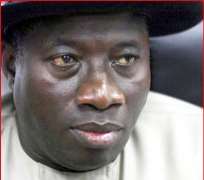 Following a Federal Capital Territory Hourt Court ruling, led by Chief Justice Lawal Gumi on the litigation brought to it by Alhaji Sani Aminu which affirmed that the zoning principle as contained in the party's constitution is binding, Turaki Vanguard has opined that it behooves on the party leadership to direct Mr. President to suspend further campaigns under the platform of PDP and stop embarrassing the party considering what his total disregard to the party's constitution is causing the party and the nation generally.

According to Turaki Vanguard, “what we are trying to do by this further appeal is to restore and sustain the integrity of the party and avoid the consequences his action will cause on the party and our nascent democracy if he insist to run and the party failing to stop him. We as a Group knew what we suffered in the formation of PDP and the process of elevating it to the level it is at the moment not minding the futile efforts by some undemocratic minds to hijack and destroy the democratic stand of the party and portray it as a lawless party but where our call fails on deaf ears we will like to retaliate that with the adoption of Atiku Abubakar as a son of the Ogoni Kingdom in Rivers State the battle for the soul and the votes of PDP delegates will now be between Atiku Abubakar a Niger Deltan vs President Goodluck Jonathan a fellow Niger Deltan. His Majesty King Tsaro Igbara the Gbenemene Babbe in Ogoni Kingdom of Rivers State in a letter attached addressed to His Excellency Atiku Abubakar GCON in his Ogoni native title as the Mene Kiisi 1 of Ogoni”, stated, “I on behalf of the people of Babbe Kingdom, Ogoni heartily express our good will to you especially as you seek the mandate of Nigerians in the forth coming elections. You have been a friend and a son of the Ogoni people and your visit to this Palace while you were Vice-President of the Federal Republic of Nigeria still remain indelible in our minds. We pray that the Almighty God grant your hearth desire”.

They group generalized that with this development it becomes clear that apart from late Chief MKO Abiola, Atiku Abubakar is the next Nigerian widely accepted by all the tribes in Nigeria if traditional titles he has received is anything to go by, as it becomes a laughable attempt and funny when some Lilliputian politicians describe Atiku Abubakar at this stage as a Northern Politician while in actual fact, he is a consensus candidate of all Nigerians but we need not worry ourselves as we are very convinced that the PDP Delegates will do the right thing and ensure that Atiku as the popular choice is voted to fly the flag of the party in the 2011 general election.

In an online press statement by the National Director of Turaki Vanguard, Chief Eze Chukwuemeka said, to prove that Atiku is a nationalist and not a zonal politician as being portrayed by some mischievous politicians and that Atiku is totally in control of Niger Delta region, one of his anchorman in the region, Prince Tonye Princewill has turned his dreaded political machine in the region, Princewill Political Associates (PPA) to an Atiku mobilization outfit to ensure that he wins the zone in all ramifications both during the PDP Primaries and the general elections. To this great mind well known as the Prince of Niger Delta, “in Nigeria we seem to be very tribal about the way we play our politics but I am in the minority on this as I am not a tribal politician. My politics is about substance; my politics is about the nation. My choice for the 2011 presidency is former Vice President; Alhaji Atiku Abubakar and my reasons are: I prefer merit and if we are to compare the presidential candidates based on merit and sustenance then Atiku Abubakar is that candidate, Atiku apart from being the outstanding democrat, he is the most coherent, substantive, most colourful, organized, detribalized, unifying Nigerian and the most acceptable politician out of the lots”.

Chief Nwachukwu Callistus.Obienu, President of Platform for Good Governance in South-South for Non Indigenes in the South-South that includes the Hausas, Ibos, Yorubas, etc, “Atiku has the most outstanding democratic credentials of all the presidential aspirants and to us, we felt that we can partner with him to make his dream come true but most importantly to make good things happen again in Nigeria”.

Princess Isabela Mpi Leader, South – South Royal Women Group, “We see Atiku as the only one who can rule this country as apart from his rich political and leadership experience we are happy with his five point agenda as means through which some of the problems facing our country can be addressed”.

To Mr. Mgbang Mathias Rex David the National Coordinator of the Atiku Woniye 2011 a group powered by Coalition of South-South Youth Forum; “President Jonathan is an outsider so far the region is concerned on the 2011 presidential election. With Atiku's five point agenda that includes addressing the Niger Delta region issue he stands as the candidate to beat in the region. Sadly, President Jonathan has not inform anybody that he has any programme to alleviate the suffering of our people in the region instead he is lackluster attitude is causing the region more embarrassment and hardship so let us be realistic over this issue, do we leave a man with ideas on how to address our myriad of problems and just follow a man blindly who believes that with luck he will win a presidential election? I beg tell me something else as we have passed that level. We are talking about a man (Atiku) who is the second employer of labour in the entire Niger Delta after the State Governments to a dreamer in the person of President Jonathan who preaches luck as a way out of obvious problems confronting us”.