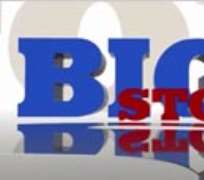 Feelers emanating from sources very close to a top Nollywood actress say her marriage, which has been celebrated as one of the most enduring and purposeful; one that was consummated with pomp and pageantry may be showing signs of severe stress and strains. The couple who have been married for close to seven years have always presented a picture of marital bliss and contentment. At functions, they always display unbridled (PDA) – public display of affection – sometimes to the delight and amusement of others. To them, their love was bestowed upon them from heaven, and what better way to celebrate it, than to present its full course. However, the bubble, the sheen and shine of the marriage, the tie that had bound the union together, the elasticity, appears to have loosened, revealing in the process, cracks and huge gulf that have challenged the marriage and set the duo on different paths.

According to close sources, the darkskinned actress who burst into the industry about seven years ago, and has delighted millions of fans through her superlative performance, sheer beauty and charms is singing discordant marital tunes due mainly to an issue that is central to the success of many matrimonial enterprises: trust. The husband – a businessman, sources say has been concerned about some of his wife's associations in Nollywood, and had expressed his displeasure about those relationships. He is said to be very wary of his wife's friendship with a known star whose liberal interpretations of her fame is giving a lot of people in the industry cause for concern, especially given her 'laisser-faire' tendencies in matters physical and sexual.

At a recent event in Accra, Ghana, the couple were said to have thrown decency to the wind and openly engaged in a scream fest after the husband demanded that they leave for home, that there was no need to stay for the 'after-party.' The actress was said to have told the husband off, telling him he met her as an actress and that she cannot always live her life to conform to his dictates. “The husband flared up and told her she was his wife and since she agreed to marry him, she must obey and respect his wishes. It took the intervention of friends to calm them down and for the duration of the party, the two did not speak to one another. They were like two familiar strangers and as they left the party, it was all but certain that their marriage was on the rocks” our source stated.

It was not always like this for the couple. When she moved from her base in North America about eight years ago, to try her luck in Nollywood, and met her husband shortly afterwards, trust was never an issue between them. As she flourished and her career took off, becoming one of the A-list stars the husband still had no reason to doubt her fidelity toward him. However, in the past twelve months, the husband has started suspecting her. The reason for this according to an insider is her close friendship with a top Nollywood star whose reputation within the industry is not one written in gold. “This particular actress has been the butt of jokes and gossip in the industry. She has had numerous dalliances with the rich, the powerful and with some – just for the fun of it. She and this actress struck a friendship about a year ago, and they have been inseparable since then – much to the discomfort of the husband.

Late last year, there was a rumor that spread all over Nollywood about the presence of a tape where a certain rich man was alleged to have been involved in a ménage-s trio with three top female Nollywood actresses. Even though this actress has not been openly named, tongues have waged that she was alleged to have been one of the trio caught in the tape. This, our sources say, ruptured the fabric of the marriage, even though the physical tape was not seen by the husband, and everything said was based on speculation. “The mere link of his wife's name to the infamous tape did not help the marriage, as the husband was said to have reminded her that all the negative stories came about since she started fraternizing with the notorious fair-skinned actress.

The wife is said to have tried to reassure her husband that even though she and the actress are friends, she cannot be influenced negatively to do things that are against her moral fabric – a reassurance that has not been accepted by the husband, who insists on nothing else but a clean and surgical break from the actress – a prospect his wife is not entertaining. As things stand now, one can safely conclude that the marriage is hanging by a thread as all the oxygen needed to sustained it have been drained out due to accusations, counter-accusations and all the trust issues” our source concluded. It would be hugely disappointing if the marriage failed, and here's hoping that the duo would allow cooler heads to prevail.