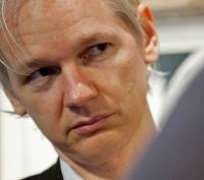 An old African story teaches that the size of the elephant is no guarantee that it is safe from the machinations of small and lesser known animals in the forest.

So the tiny ant could find its way into the elephant's nose, and the elephant would spend days begging the little ant to stop bitting.

The United States is the elephant of the international community, while the diminutive Australian man, Julian Assange, is the ant bitting deep into the nose of the American government and its numerous officials.

Using the incredible power of the Internet, Julian Assange's whistle blowing website, Wikileaks, is publishing thousand of pages of classified communication between the US State Department and its embassies and consulates around the world.

The site, according to Assange, has come under some attack in the last few days, but he is not worried because he shared the information with the world's media; namely, the Guardian of London, New York Times, the French newspaper Le Monde, the Spanish paper El Pais and Der Spiegel of Germany.

The damning contents in the leak suggests ordinary people around the world would have no chance of knowing about it for possibly decades, if ever.

Julian Assange and his collaborators simply say the United States is afraid of being held accountable for its actions. The US government on the other hand says Assange and his supporters are irresponsible and reckless, endangering numerous lives at home and abroad.

Secretary of State, Hillary Clinton has gone as far as saying the publication of classified diplomatic cables constitutes an “attack on the international community”.

“It is an attack on…the alliances and partnerships, the conversations and negotiations that safeguard global security and advance economic prosperity.”

“I am confident that the partnerships that the Obama administration has worked so hard to build, will withstand this challenge,” said Clinton.

Julian Assange and his supporters disagree.
They say the disclosures are purely an exercise in democracy, which is partly understood to include embarrassing government officials and exposing what is seen as hypocrisy in national and international politics.

Assange's Wikileaks has reportedly released more classified documents than the rest of the world press combined.

The result for Assange is that he is increasingly becoming an unlovable figure in governmental circles – but his investigative skills are recognised and even celebrated by others.

Only last year, he won the 2009 Amnesty International Media Award for exposing extrajudicial assassinations in Kenya. He is even a leading contender in the poll for Time magazine's 2010 person of the year.

Assange's activities means he is forced to live a nomadic life, constantly on the move, and finding refuge in airports around the world.

He has lived, for undisclosed periods in Australia, Kenya and Tanzania. Last week, he was answering questions via video from an undisclosed location.

So he is Julian Assange, of no-fixed-address.
The Australian Attorney-General, Robert McClelland has said Australia will launch an inquiry into WikiLeaks and Assange's activities. He said “from Australia's point of view, we think there are potentially a number of criminal laws that could have been breached by the release of this information. The Australian Federal Police are looking at that”.

The Attorney General will also not rule out the possibility of having Assange's passport cancelled.

On the other side of the world is a south American country called Ecuador, which has offered Assange residency through Deputy Foreign Minister Kintto Lucas with “no conditions … so he can freely present the information he possesses and all the documentation, not just over the Internet but in a variety of public forums”.

For good, or for bad, or anywhere in-between, Assange/Wikileaks has, within four years, become a global force, totally rewriting the script for governments, the media, and for ordinary people.