EFCC To Charge Former US VP Cheney Over Halliburton Bribes 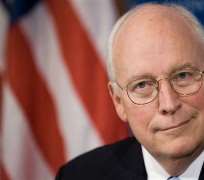 The Economic and Financial Crimes Commission (EFCC) on Tuesday summoned the country chief of Halliburton and last week detained 10 Nigerian and expatriate Halliburton staff for questioning after raiding its Lagos office.

"We are filing charges against Cheney," EFCC spokesman Femi Babafemi told Reuters, but declined to give any further details on what the charges were, or where they would be filed.

Houston-based engineering firm KBR, a former Halliburton unit, pleaded guilty last year to U.S. charges that it paid $180 million in bribes between 1994 and 2004 to Nigerian officials to secure $6 billion in contracts for the Bonny Island liquefied natural gas (LNG) project in the Niger Delta.

KBR and Halliburton, which was once headed by Cheney, reached a $579 million settlement in the United States but Nigeria, France and Switzerland have conducted their own investigations into the case.

Halliburton split from KBR in 2007 and has said that its current operations in Nigeria are unrelated.

It has described last week's EFCC raid as "an affront against justice", said its offices were ransacked and personnel assaulted, and pledged to defend its staff against what it said were "completely false and outrageous actions".

"As indicated in previous legal activity in the United States, one of the participants in the (Bonny Island) project was a subsidiary of Halliburton Company for part of that period of time," it said in a statement last week.

"The Halliburton oil field services operations in Nigeria have never in any way been any part of the LNG project and none of the Halliburton employees have ever had any connection to or participation in that project," it said.

Halliburton said last year it had "reason to believe" payments may have been made to Nigerian officials by agents of its TSKJ consortium, which built the Bonny Island facility.

Albert "Jack" Stanley, a former KBR chief executive officer who had worked under Cheney when he headed Halliburton, pleaded guilty in 2008 to charges stemming from a scheme to bribe Nigerian officials for work on the Bonny Island plant.

One senior employee each from Saipem Contracting Nigeria Ltd and Technip Offshore Nigeria Ltd were also questioned by the EFCC along with the 10 Halliburton staff after last week's raid.

Babafemi declined to say whether any of those executives would have charges brought against them.

Nigeria will hold presidential elections in April. Incumbent Goodluck Jonathan faces a challenge for the ruling party nomination from former vice president Atiku Abubakar, who was in office between 1999 and 2007.

Some analysts have suggested the sudden revival of interest in the Halliburton case is no coincidence.

Abubakar's opponents have in the past tried to link him to the case, allegations he has dismissed as a smear campaign.

He was quoted in September as saying there was no evidence against him and that nobody in the United States or elsewhere had sought to question him on the matter.

"This is just the work of political opponents who will stop at nothing in order to destroy your political career," he said.