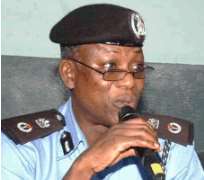 Bolanta
Oyo State Police Commissioner, Baba Adisa Bolanta, has been under fire from political opposition figures in the state over alleged partisanship and double standard. One of the arrowheads of the coalition against the second term bid of Governor Adebayo Alao-Akala, Senator Lekan Balogun, called for Bolanta's redeployment, accusing him of being enlisted by the governor to rig the 2011 polls.

Balogun cited the government's recent acquisition of more Armoured Personnel Carriers (APCs), arms and ammunition and a purported move to arrest his group leaders over their purported roles in a recent public disturbance at Ogbomoso, hometown of the governor, as part of the ploy to frustrate free, fair and credible elections next year.

Bolanta in this interview denied all charges. EXCERPTS:

Summon of PDP factional leaders
Nobody was invited or arrested among them, because nobody reported them to us either verbally or in writing. The only case I know is that of the Secretary of the Ogbomoso Solidarity Forum who was invited for questioning because of a complaint by the chairman of the local government that the people damaged the gate of the council where the rally was held. Again, it was further in connection with the damaging of the governor's campaign billboards by some hoodlums during the rally and we had since released the man. I don't know where Senator Balogun got his information.

Call for his redeployment
Nobody is afraid of redeployment, it is a routine exercise in the police that allows you to garner experience. I'm sure if another officer is brought here, he will still do the same as I did in line with police procedure. I am not the one who will not allow 2011 elections to be free and fair. From all he is saying and what we are seeing, we can identify the persons heating up the polity and crying wolf when nothing is happening.

Anti-Akala/police protest
Fortunately, the good people of the state know the good work the police command has been doing. We just finished celebrating Sallah in a peaceful atmosphere. The Christmas will soon be here and we have put in place necessary measures to see to it that life and property are secured. The people of the state should, therefore ignore him and go about their normal, lawful businesses. Let me just say here that Balogun has no immunity against criminal prosecution. If he organizes an unlawful procession, he will be arrested and prosecuted. He should not test the will of the police in maintaining public order.

Failure to act on security threats to opposition members.

The senator is being economical with the truth. All the cases he mentioned were thoroughly investigated. The allegation of attempted assassination on him, I personally visited his house to see things for myself. The senator cannot claim it was an assassination attempt because he was not at home. For it to be, the attack must have been on his person and not on his shadow. In any event, I have two policemen attached to him to protect him, besides instructing the DPO of the area to give his house security cover.

All the people he suspected and named to us including Elewe Omo and Auxiliary we arrested and interrogated. Their houses and offices were searched but nothing incriminating was found on them. He, who should lead us with facts failed to do so. It is not enough to allege, you must bring facts to bear on the case.

Flouting of the IGP order on Balogun's case
That incident took place about one and a half years before my redeployment to the state. My boss said I should look into it. On looking through the file, I discovered that, that case was charged to court at the instance of the Attorney General. But the complainant, Balogun, refused to attend court sittings leading to the case suffering seven adjournments and the court, consequently striking out the case.

We want to know if Balogun is now the spokesman of the Tokyo faction of the NURTW. This is a matter that does not concern him at all. That court judgment was executed on Saturday, August 7. We gave the court bailiff 30 mobile policemen to accompany him to effect the judgment on the union secretariat at Olomi, Ibadan.

Alleged stockpiling of arms and ammunition by Akala to intimidate opponents and electorate in 2011.

I am disappointed at these utterances of a supposedly senior citizen. Lagos State Government has just bought 10 Armoured Personnel Carriers (APCs) for the police, not only that, but arms and ammunition and countless number of vehicles and helicopters. Were those things acquired to rig election for Governor Babatunde Fashola? Other states also did. What is wrong in the state government strengthening our capacity to combat crime and maintain security in the state? The APCs are just like the ones Lagos bought, no military applications, just for the personnel protection.

Pocketed by Governor Akala
I am only loyal to the governor to the extent that he is the chief security officer and chief executive of the state. I have no apology for being loyal and doing my job. If I have the same opportunity, I'll do it again, because loyalty is not against our professional ethics. The governor has never asked me to do anything wrong or prevent anybody from holding political meetings. If Balogun himself becomes the governor, the same loyalty will be extended to him.