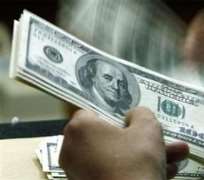 As a way of bringing succour to the practitioners in the entertainment sector, the Federal Government recently offered 200 million dollars as intervention fund to the industry. The development generated controversy among Nigerians especially as it came at a sensitive time when political machinations hold sway in the country. We spoke with a number of practitioners on the fund.

Bolaji Rosiji, former PMAN president
I am aware that President Goodluck Jonathan made it known at a recent outing in Lagos that the money has come from the World Bank. And that the president has done that on the advice of the Minister of Finance. The question is that is it not preferable if the money had come from the government of the country? I believe that the money can actually come from the government. I think the government of this country is rich enough to do that on their own. I mean to provide an intervention fund for an industry it knows has the capacity to generate bountiful returns that will boost the countryís economy.

But, I want to advise that the development calls for caution on the part of those of us in the industry: If someone is offering you 200 million Dollars, for Godís sake, it cannot be a dash, like my Papa ëdashí me. What I think should come to our mind should be on what condition is it being given. I know that a lot of us are excited about it; I am excited my self but I think we should also be cautious too.

Another issue is that fighting piracy for the industry is to me more preferable to giving us such huge amount of money. If you give us such money without fighting piracy, the scourge will still kill our efforts and nothing would be achieved.

Stella Monye, Singer
When I heard about the intervention fund from the federal government the first question I asked myself is whether it was not for political reasons. The second question that came up was how the money would get to the appropriate people? And the third was: Is it not far better if they fight piracy for us instead?

I think they should not give us money rather they should fight piracy for us and let us sell our works and make money. How much money will they give us that would solve our problem? Michael Jackson alone made more than that amount of money before he died. That is because he was in an environment where piracy does not thrive.

Charly Boy, former PMAN president
I don't have any opinion for now.

Should they accept the fund?