CARBON COUNTING IS ‘GOOD FOR BUSINESS’ 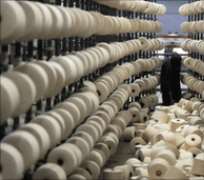 Reporting emissions did not tie businesses up in tape, the report found

UK companies that measure their carbon emissions do not find the exercise arduous or expensive – and some say it brings benefits, a report concludes.

The report was commissioned by the government as it prepares to decide if emissions reporting will be mandatory.

Just over half the firms surveyed said reporting emissions carried a net benefit for their business.

The CBI welcomed the finding, affirming that it “strongly supports” emissions reporting because it helps cut carbon.

The researchers – from consultants PricewaterhouseCoopers (PwC) and the Carbon Disclosure Project (CDP), a non-profit organisation helping companies to count carbon – used a range of methods, including a survey of 155 companies, focus groups, interviews and reviews of information already in the public domain.

Martin Baxter
IEMA
Companies reported that measuring emissions produced an incentive to reduce them, through routes that include spending less on energy.

Most companies said the costs of measuring and reporting emissions did not meaningfully impact their businesses, with two-thirds spending less than £50,000 on the exercises.

The majority said the benefits outweighed the costs.

Decision time
The Department for Environment, Food and Rural Affairs (Defra), which commissioned the research, said it was encouraged by the findings.

“I am pleased to see that the many companies already voluntarily involved in reporting greenhouse gas emissions are finding the process beneficial to their business and investors,” said Environment Minister Lord Henley

“The next steps for government will be to consider the findings of the report. We'll be announcing a way forward in early 2011.”

The Climate Change Act requires government to make emissions reporting mandatory by 2012, or to explain to parliament why it has not done so.

The Institute of Environmental Management and Assessment (IEMA), whose own research shows that only 22% of FTSE-listed companies are fully reporting greenhouse gas emissions, urged the government to act swiftly, or risk being left behind by other countries.