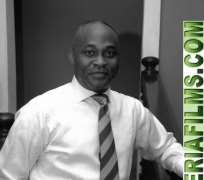 Call it a season of political appointments for artistes and you will not be wrong. Nollywood actors are beginning to take the front seats in the scheme of things as they join forces with the powers-that-be to steer the ship of state.

The 2011 elections will certainly be dramatic as more and more Nollywood stars are going into active politics as movie-making has refused to pay their bills.

These actors have come of age, joining the likes of RMD, Hilda Dokubo, Okey Bakassi, Onyeka Onwenu, Bongos Ikwe and many other entertainers to make their input in governance.

First was the likes of Hilda Dokubo who was the special assistant to her state governor and later was Richard Mofe-Damijo (RMD) who worked for the Delta state government as a special adviser.

Popular comedian/actor, Okey Bakassi is now one of the Special Assistants of Governor Ikedi Ohakim of Imo State.

Presently, sources say both Jide Kosoko and Kanayo O Kanayo are warming up to represent their constituencies in the Federal House of Representatives.

Jide Kosoko has declared that he still aspires on picking a ticket to the House of Representatives – while KOK is presently contesting for Ahiazu/Ezinihitte Federal Constituency in Imo State.

Mr Kanayo justified his foray in active politics as predicated on his mission to be an agent of change. According to him, 'We are all politicians; the only difference is our level of activism. Just as I also tell people, we are all actors; it depends on the kind of acting where we provide service'.

'It would not be out of place for me to say that the industry where I come from will be adequately represented, because we have had people outside our industry barb our hair in our absence and I think it is unfortunate. With my candidature, I believe that the industry will be the better for it', KOK said in a recent publication.

Also, a former National President of the Actors Guild of Nigeria (AGN), Mr. Ejike Asiegbu, was recently appointed a Special Assistant on Entertainment to Governor Theodore Orji of Abia State. His appointment came barely a month after his colleague Hank Anuku was also appointed a special adviser to the Delta State Governor, Uduaghan, on Tourism and Entertainment.

Imo State-born actor, Clem Ohameze, allegedly got his fingers burnt having dumped Nollywood for Greener pastures in politics. Sources say he scampered abroad and worked as a taxi driver after his unsuccessful foray into politics and has, since his return been on a drinking spree.

It's getting more and more interesting as tons of entertainers thronged the Eagle Square in Abuja few months back to show their support for President Goodluck Jonathan as he made his formal declaration of his second running as the president of the Federal Republic of Nigeria.

Although, inside sources say the Francis Duru led 50 Nollywood actors were paid N300, 000 each for their participation in the campaign, they have denied receiving any compensation for their endorsement, claiming it was a goodwill gesture borne out of a conviction that Jonathan is the man who can engineer positive change in Nigeria…