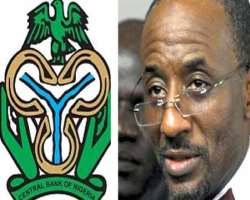 Senate spokesman, Senator Ayogu Eze consequently disclosed that lawmakers may be compelled to summon Sanusi to explain his statement. The lawmakers also demanded an immediate retraction of the statement with an apology.

Eze said the allegation that 25 percent of the recurrent over head budget of the federation goes to the National Assembly is unfounded and; “I find that rather very curious, in the sense that even before going to the press, the respective newspapers should have pulled a copy of the amended approved budget for the year and did the calculation for themselves. This was not the case and what we saw in the paper this morning, some were giving the indication that the National Assembly has crippled the economy. That the National Assembly takes 25 percent of the entire budget of the federation, and so on so forth, all the papers took it from angles that cut their fancies. I want to state categorically that that is not true. The total budget figure for the year 2010 as amended is N4, 427, 184, 596, 534. That is the entire budget of the federation.

He said the statement unfair to the National Assembly considering its contribution to the democracy.

“I think this is most unfair and in the National Assembly we have been doing our best to stabilize this democracy, we have been contributing our own quota.

“We know that this is an election season, but even madness has it rules, we have come to election season, but we must conduct election period with facts, not fabricating things just to tarnish the image of people who are working for this country. I told you before and I stand to be contradicted, the American senate alone even though we do not want to compare ourselves with America, takes $4 billion every year to run the American Senate. If you convert it, that is more than the entire budget of the federation of Nigeria.

“We should be talking about giving infrastructure to our people. We should ask the implementers of this budget whether they are really applying this budget to the needs of our people not fishing for trouble where do not exist”, he added.