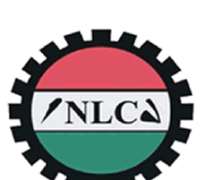 The Presbyterian Church of Nigeria has called on President Goodluck Jonathan and the National Assembly to expedite action on the proposed Minimum Wage Bill.

In a communiquÃ© issued at the end of its last quarterly meeting for the year, the General Assembly Executive Committee (GAEC) of the Church said considering the natural resources with which God has blessed this nation and the huge salaries, allowances and other perks enjoyed by members of the political class, it is only fair that workers should be obliged their realistic demands. In addition, the present economic realities demand a new minimum wage in order to give the average Nigerian worker, a new lease of life.

The Nigerian Labour Congress (NLC) is asking for a minimum wage of N18,000 per month. The communiquÃ©, signed by the Prelate and Moderator of the General Assembly of the Church, Most Rev. Emele Uka and the Principal Clerk, Rev. Ndukwe Eme, lamented that almost 12 years into the present democratic dispensation in Nigeria, the nation's democracy has become a government of the rich, by the rich and for the rich.

The Church noted with regret that politics in Nigeria 'has become monetized, commercialized culture where the servant is now greater than the master. The rich are getting richer, not as a result of their creativity and hard work, but as a result of their exploitation of the poor. In the poor economic situation that Nigerians find themselves, members of the National Assembly see nothing wrong in receiving incredible jumbo pay packages, and would not even allow the masses they rule over with iron hands to pick the crumbs that fall off their table.' The Church urged the political class to ensure that democracy impacts positively on the lives of the people at the grassroots level, 'or else our democracy would have been a farce.'

In a statement on the communiquÃ© issued by the Church's Director of Information & Public Affairs, Rev. Kalu Eme, the Church condemned the recent passage by the National Assembly, of the bill seeking not only to increase the pension allowance of former Presidents and Vice Presidents, but extend the pension list to include the Senate President, Deputy Senate President, Speaker of the House of Representatives, Deputy Speaker and Chief Justice of the Federation.

It said the bill was a further evidence that the Church's assertion that the politics of Nigeria is exploiting the poor and making the rich richer. On the oil industry, the Church noted with relief, the availability and stability of prices of petroleum products in the country since Jonathan assumed power. This, it said, vindicated the Church's repeated stand that with proper management and patriotism, the incessant crisis in the petroleum products market could be put to a halt.

The Church commended the President for the achievement and urged him not to relent in this regard. It stressed that given the wealth of petroleum products that the country is blessed with, scarcity and the importation of petroleum products should not be heard of at all. The Church also commended the Federal Government for its efforts so far in tackling the menace of kidnapping in the country, particularly in Aba, Abia State, which had become the most notorious den of kidnappers.