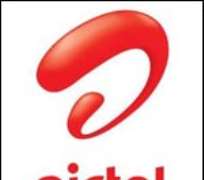 Zain Nigeria finally and formally changed its brand identity to Airtel. This was after concluding a $10.7 billion transaction in June this year, which gave Indian Bharti Airtel the Zain Group's Celtel Africa Unit.

The name change, which happened Friday across the country changes the African footprints of Zain to now AirTel . The name change brings to sixth the number of times the company would have to change identity since 2001 it started operations in Nigeria